Power to the people—that’s always been my jam. Instagram made photo adjustment mainstream. Now Snapchat is making photo manipulation mainstream.

Don’t believe me? On May 5 alone, 224 million people saw pictures of each other turned into taco-heads (below), each with a Taco Bell ad attached. Per AdWeek:

The average user played with Taco Bell’s ad for 24 seconds before sending it as a “snap.” In terms of unique plays—or the number of times individual people interacted with the ad—the campaign generated 12.5 years’ worth of play in a day.

Prior to that, on Super Bowl Sunday alone 165 million people saw images featuring a Gatorade dump. One can only guess how many swap faces, add masks, and share the results each day.

It makes me think of absurdist rock duo Tenacious D. Realizing that straight-faced metal can get only so hard (it eventually tops out with Norwegian cookie-monster vocals, etc.), they mastered that idiom, then busted right through the limits by making it insanely funny (and just insane). In the same way Snapchat combines technical excellence with a playful context. As a Taco Bell manager says,

“The content is expected to be lightweight and humorous, and the platform empowers you to be nimble and efficient in creation… That doesn’t mean it’s not an artful craft, however.”

Earlier this year I wrote,

The genius of Instagram was in helping regular people be better. The genius of Snapchat was in letting people not care.

It’s very easy to look down one’s nose (“oh, it’s not really creative, you can do just whatever they spoon-feed you, disposible ≠ valuable”) and not be wholly wrong. Yet Snapchat has gotten hundreds of millions of people creating, and at a visual level that otherwise would have been completely out of reach. And that is power to the people. 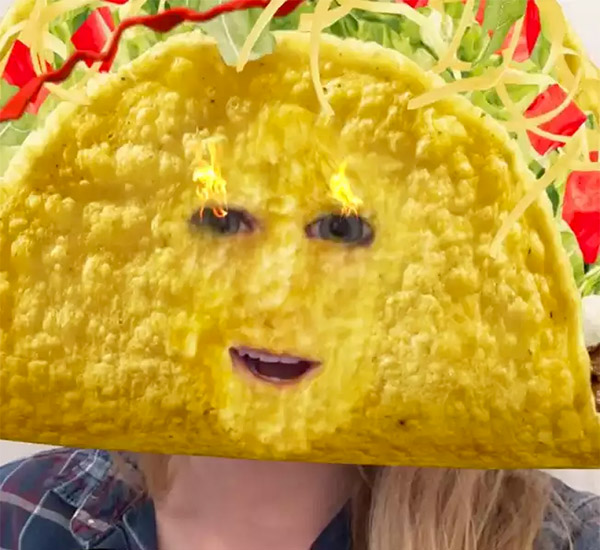