Heh–this reinterpretation of Flo Rida’s “My House” is so totally charming.

Sure, you might say: spending hundreds of dollars on a 4K monitor only to touch it to your expensive work Mac & have the latter apparently fry its circuit board, leaving you to gimp along for an indeterminate amount of time, sounds like a crappy idea–but hey, this footage sure looks good on it (plugged into loaner Chromebook), amirite?

Directed and photographed by veteran storm chaser Martin Lisius, “Prairie Wind” represents the world’s first film produced on 16K video. His goal was to photograph the storms of America’s Great Plains on the largest canvas possible. “These amazing storms offer us a glimpse of what our world once was, and inspires us to protect and preserve what remains,” Lisius said. “The sky over the prairie is huge. I wanted to create a medium large enough to capture and properly present it on.”

Lisius shot the production utilizing two side by side 50MP Canon DSLRS. Shooting required the use of a custom-made mount to keep the two cameras perfectly aligned, 8,000 miles of travel through six states, and dozens of carefully prepared weather forecasts.

During post-production, 12,000 images were stitched together to create one 15,985 x 5792 pixel image using a Mac Pro workstation. Each shot required a minimum of 5 days to prepare with the computer working around the clock. To keep the processors from melting, the Mac was cooled by two powerful external fans.

“To everyone sacrificing so much to save so many, thank you.”

To aid researchers, data scientists, and analysts in the effort to combat COVID-19, we are making a hosted repository of public datasets, like Johns Hopkins Center for Systems Science and Engineering (JHU CSSE), the Global Health Data from the World Bank, and OpenStreetMap data, free to access and query through our COVID-19 Public Dataset Program. Researchers can also use BigQuery ML to train advanced machine learning models with this data right inside BigQuery at no additional cost.

Beginning with a man blowing his lips, an impressive compilation by Donato Sansone merges short clips of car crashes, fiery explosions, and punches thrown during a boxing match into a believable series of consequences.

I got a fever, and the only prescription… is more Bollywood.

Come, my friend, rest your mind with absurd autonomous mens’ fashion, as glimpsed by our delighted family while watching Dabaang 2 this past weekend:

Cripes (both the spread & the degree to which we’re all tracked):

Using cellphone location data from just the phones of the people gathered on a single beach in Fort Lauderdale, Florida, this video shows just how far those people spread across the country when they went home, possibly taking SARS-CoV-2 with them. They go everywhere. [Via]

I’ve always loved the lean, evocative lyrics of this song, and until now I’d never seen the video, below. To be honest I don’t love it, as my mental images are far different, but I found the interpretation interesting enough to share:

Like a lot of folks I’m now constantly streaming video down & up while working from home, alongside a wife who’s doing the same plus a couple of kids using online learning (and, let’s be honest, a lot of YouTube & Xbox). Freeing up bandwidth to improve these experiences would be great, so I was delighted to learn that our Nest cameras can be scheduled to stop/start streaming video up to the cloud. From the Google help center:

Thanks for thinking ahead, Nest team! 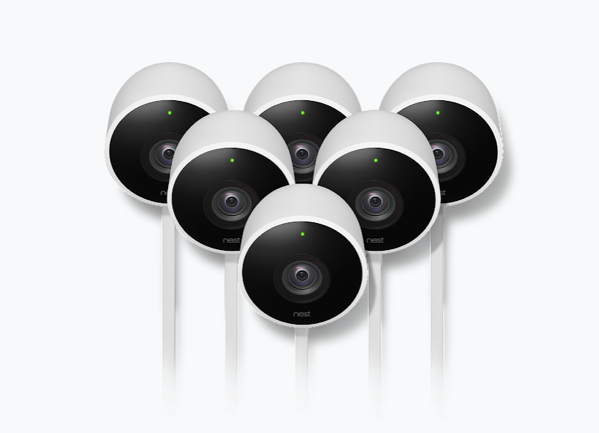