People have been trying to combine the power of vector & raster drawing/editing for decades. (Anybody else remember Creature House Expression, published by Fractal & then acquired by Microsoft? Congrats on also being old! 🙃) It’s a tough line to walk, and the forthcoming Adobe Fresco app is far from Adobe’s first bite at the apple (I remember you, Fireworks).

Back in 2010, I transitioned off of Photoshop proper & laid out a plan by which different mobile apps/modules (painting, drawing, photo library) would come together to populate a share, object-centric canvas. Rather than build the monolithic (and now forgotten) Photoshop Touch that we eventually shipped, I’d advocated for letting Adobe Ideas form the drawing module, Lightroom Mobile form the library, and a new Photoshop-derived painting/bitmap editor form the imaging module. We could do the whole thing on a new imaging stack optimized around mobile GPUs.

Obviously that went about as well as conceptually related 90’s-era attempts at OpenDoc et al.—not because it’s hard to combine disparate code modules (though it is!), but because it’s really hard to herd cats across teams, and I am not Steve Fucking Jobs.

Sadly, I’ve learned, org charts do matter, insofar as they represent alignment of incentives & rewards—or lack thereof. “If you want to walk fast, walk alone; if you want to walk far, walk together.” And everyone prefers “innovate” vs. “integrate,” and then for bonus points they can stay busy for years paying down the resulting technical debt. “…Profit!”

But who knows—maybe this time crossing the streams will work. Or, see you again in 5-10 years the next time I write this post. 😌

Do you ever play the game of “Feature or Bug?” with your own characteristics? Being tall, for instance, could be a feature until you’re crammed into a tight airline seat.

For me it often comes down to wildly ambitious, encompassing visions. They’re exciting, they’re inspiring… and then I lose folks. Time & again I’ve found myself talking with a colleague, getting them excited about some idea or other—but then I go blasting off in my one-man rocket ship, watching through a lonely porthole as their smile & energy fade, then disappear under a plume of my conversational exhaust. As my old boss Kevin observed the other day, “It’s not leadership if no one follows.”

I still want to take people to the moon, but lately, to borrow a phrase from Chris Rock’s character Cheap Pete, I’m first trying just to take ‘em to El Segundo. It’s a little like this… 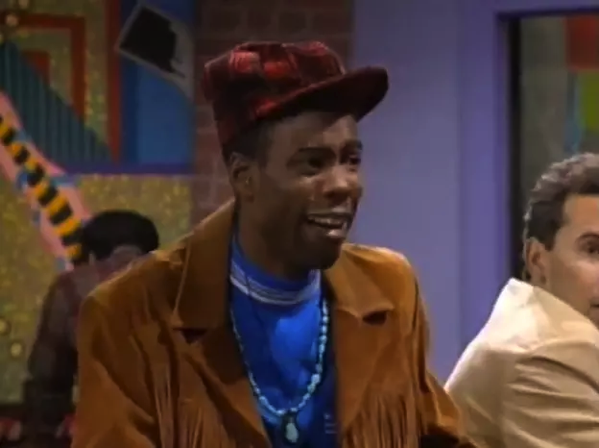 “Take a human desire,” says Twitter co-founder Evan Williams, “preferably one that has been around for a really long time…Identify that desire and use modern technology to take out steps.”

It’s interesting to think about this as Instagram’s identity has evolved in a “lol nothing matters” Snapchat world. (I initially typed “Snapshat”; Freudian?). Founder Kevin Systrom used to like to describe the product as “a visual walkie talkie,” but plainly that wasn’t true. As their head of product Kevin Weil said, “It became a place where people kept raising the bar on themselves in terms of the quality of what they had to achieve to post. We didn’t want that.” If you haven’t yet, listen to the This American Life episode about teenage girls’ Instagram anxiety referenced in “The Instagram lobster trap.”

You should read Benedict Evans’s observations (starts dry, but solid) about all this. Among them:

There are millions of people who will post beautiful pictures of coffee or 1960s office blocks, or like a photo by a celebrity, but there are billions who’ll share a snapshot of their lunch, beer, dog or child. Instagram is moving to capture that in the same way Messenger and WhatsApp captured chat.

Seriously, it’s worth the read.

“How come the Mac group produced Mac and the people at IBM produced the PCjr? We think the Mac will sell zillions, but we didn’t build Mac for anybody else. We built it for ourselves. We were the group of people who were going to judge whether it was great or not. We weren’t going to go out and do market research. We just wanted to build the best thing we could build.” — Steve Jobs, 1985

I know, I know: “You are not the user,” and “The truth is outside the building.” But as I counseled teammates today, if [productivity product X] isn’t addressing your personal, specific, Googler needs, figure out why & fix it. Pick a personal destination that’ll make you happier & more productive at work, then laser-burn your way to it.

That is a critical user journey. 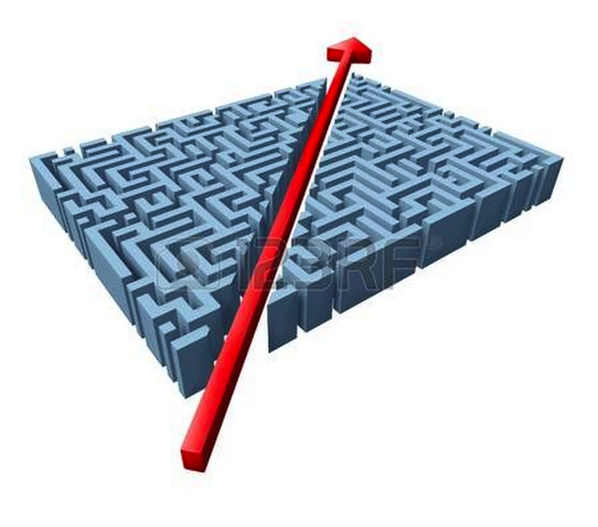 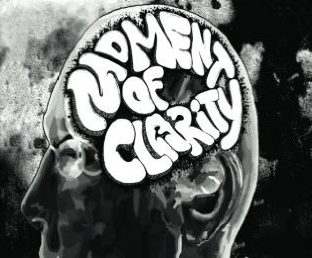 Why am I here? Why do I deserve to exist?

Yes, I’m one of those young guys—now not so young, as I watch the last grains swirl through the hourglass of my thirties—who’s always been given to asking these questions. You know those guys, the ones to whom people give Rainer Maria Rilke quotes on cards for high school graduation. It’s all kind of tedious—but fine, so be it. Aspire to the words of Chuck D: One in one million residents/Be a dissident/Who ain’t kissin’ it.

Professional I’ve tried to translate my hierarchy of values like this:

Now, though, that’s at best what my lawyer friends might call “necessary but not sufficient.” I catch myself wandering far out on the leaves of that tree, far from the trunk, wondering why I don’t get closer to the action of being good & helping others.

None of this is new to me. Three years ago, for example, I spent a little time in a Guatemalan orphanage, hoping to help others a bit and at least improve myself, deepening my perspective and gratitude. But damn if it all isn’t some abortive feint—some vanity inoculation against the sense of having to do anything material. Back I come into my regular world, which takes hold, submerges me… Never again is what you swore the time before.

But not this time, mofo (I say to the mirror). Not this time. I am not going to blow my life.

The search is on.

I just re-read Slack (and Flickr) founder Stewart Butterfield’s essay from two years ago (right before Slack launched), and man, it eats like a meal. If you care at all about product development, you should read the whole thing. I jotted down a few of my favorite observations & am sharing them here:

I’ve grudgingly come to accept that most people regard photography much like I regard wine: there’s bad wine, and then there’s wine. I know there’s crap (crummy liturgical stuff, etc.), and I know that all the rest tastes pretty good. Sure, I might notice & like something outstanding, but generally good enough is good enough.

That’s how it is with most people’s photos: “Is it way too dark or blurry? Is my head cut off? No? Fine, then.”

No matter how well or poorly I do my job, most people simply won’t edit photos—at all, ever. They just don’t care. And if they do edit photos, it’ll overwhelmingly be to crop & rotate them, and maybe to brighten things up & add a filter. None of this is unique to Google: we saw exactly the same thing with Adobe Revel (built on the world-class—and for its audience, irrelevant—Lightroom engine).

So, on a per-user basis, editing hardly matters, and yet the scale at which Google operates is enormous, so the editor gets used millions of times. “A small number times a big number is still a big number.”

I’m reminded of an observation from Adam Carolla. Paraphrasing my recollection:

I’m proud of the new Google Photos editor—of the way we were able to radically streamline the UI while retaining tons of smarts under the hood (e.g. centering vignettes on faces, treating faces specially when applying midtone contrast, etc.). And I’m proud of the new Snapseed, which puts big power one tap away for nerds like us. I just have to be happy driving my fruity little minivan next to a Zeppelin—or metaphors to that effect.

My central existential tension living in Silicon Valley, as captured by Leonard Cohen…

I saw a beggar leaning on his wooden crutch.
He said to me, “You must not ask for so much.”
And a pretty woman leaning in her darkened door,
She cried to me, “Hey, why not ask for more?”

…and voiced by Willie Nelson.

Wise words for makers of every stripe. 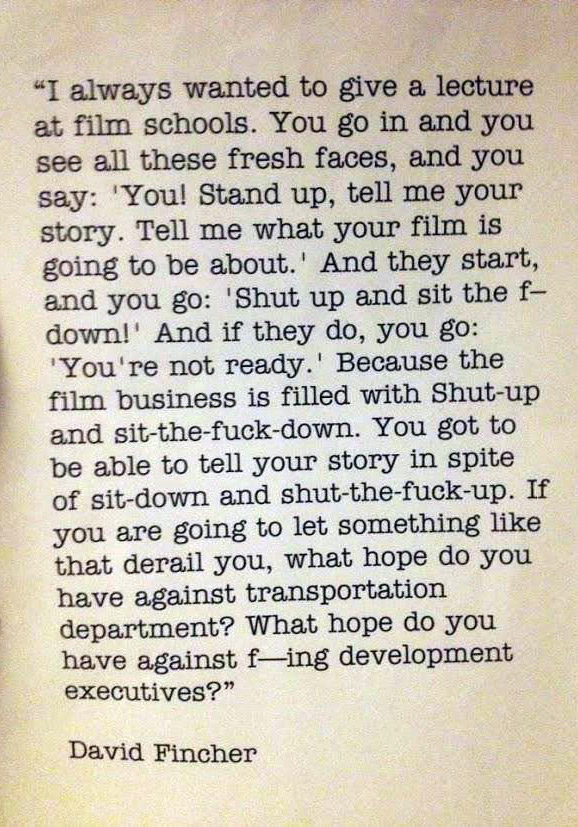