ILM have provided a taste of some of the 1750 visual effects shots that went into Rogue One:

What may appeal to most people here is the use of the OverCapture built into the GoPro app… It allows you to manually select an area of the film, following your subject, to pick out the best angles and export it as a normal, non-360° 1080p video.

This means that you can shoot a 360 video and turn it into something like this:

Where phone have led, cars will follow—first becoming malleable, software-centric platforms (e.g. Tesla rolling out Autopilot, improving cars’ acceleration, etc.), integrating voice assistants, and now adopting contactless charging. Sure, poking a plug into my car takes all of 15 seconds, but I’ll admit to being a touch jealous:

When approaching the pad, the 530e’s sensors and internal screen will navigate the driver to the necessary point above the charging pad. Once in position, the pad’s integrated coil, alongside a secondary coil found inside the car, generate an alternating magnetic field that will charge the car’s 9.4kWh battery in 3.5 hours with 3.2kW of power. The entire process can even be monitored via an app. 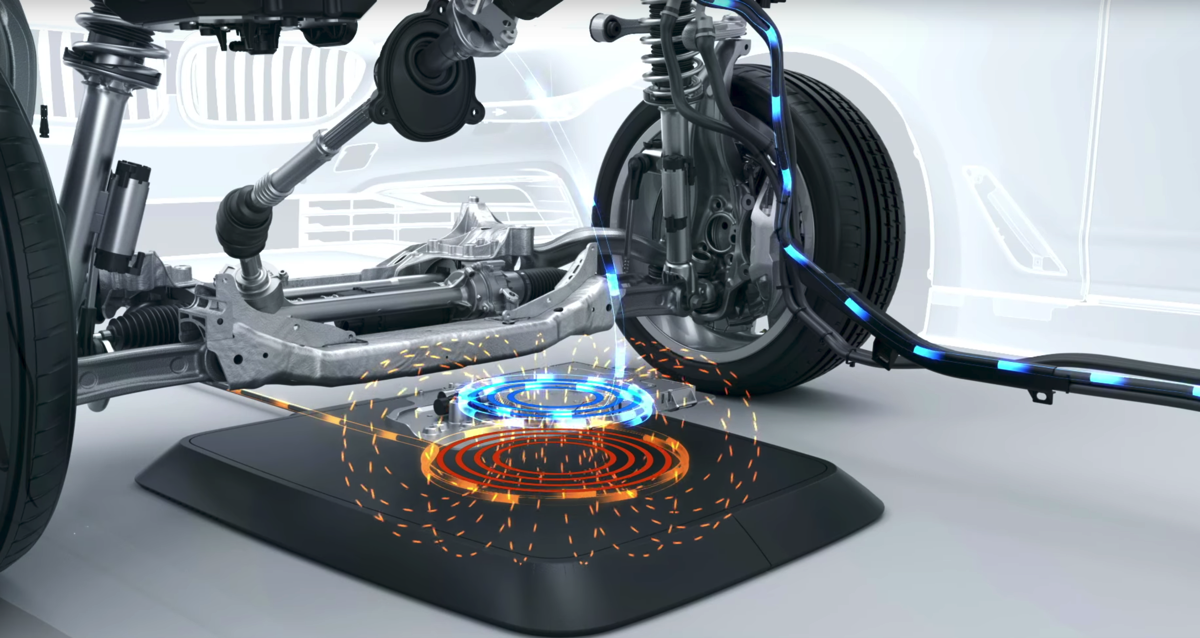 You made a grown ass man cry like a baby by automatically making a video titled “They grow up so fast”.. which has about 45 clips of videos with my daughter in it.. aged around 4-5 months to 22 months (current).

I have watched that 3 minute long video 3 times so far.. first time while I cried like a baby.. next two times with my jaw dropped due to the technology that made this possible.

I got one of these myself on Saturday, and now my mom & wife can’t stop watching our Henry Seamus grow from cooing blob to fun-sized weirdo. Cue gratuitous showing! Remember when the yellow first-down line was the height of game-time badassery? Details here are scant, but this looks like a trip:

The system would require a number of high-resolution cameras mounted in various places around the stadium. Each camera is connected to a network and controlled by software. Afterward, the video viewpoints are fed into an image processing engine that turns it into high-resolution 3D spatial data.

“For about a decade, from 1975 to 1985,” Vice writes, “if you witnessed moving animation on television, it was either shot one frame at a time, or made using a Scanimate machine. Only ten of the devices were ever built.”

Here they drop in on engineer Dave Sieg, who has spent the last 20 years preserving the only working Scanimate. Dave discusses the technical and cultural impact of the Scanimate and what the future holds for this iconic machine. 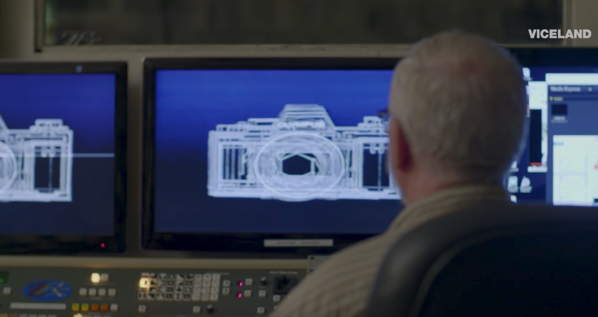 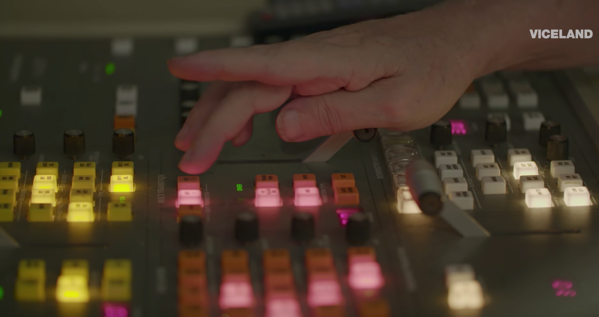 Man, I thought that my flying a drone off the back of a boat on the Mississippi was risky—but that seems laughably sane compared to Paul Nurkkala flying his drone flying onto, next to, inside, and under a moving freight train.

Nurkkala specializes in flying camera drones through a first-person point-of-view using a live feed through goggles. His custom-assembled drone was equipped with a GoPro HERO5 Session action camera, which is light enough to keep the craft fast and nimble.

“I recognize that this isn’t the most ‘flowy’ video or anything, but all of the things were all in the same flight, so I wanted to show that off,” Nurkkala writes. 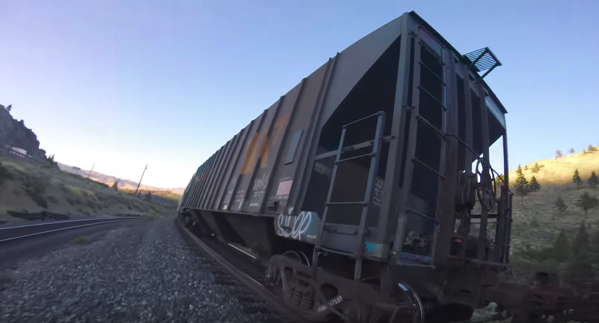 Austin Mann returned from India with some amazing images in hand, shot on an iPhone 8. Here he presents a brief overview of the new portrait modes available on the camera (er, phone—no, camera):

Now, the following career bits may be of interest only to me (and possibly my mom), but in case you’re wondering, “Wait, don’t you work on Google Photos…?”

Well, like SNL’s Stefon, “I’ve had a weird couple of years…” 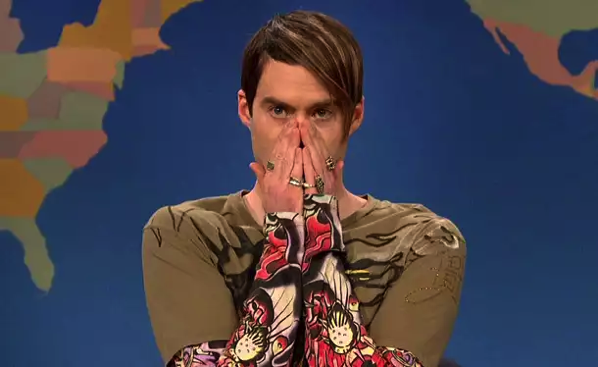 So now we’ve come full circle, and to capture my feelings, I’ll cite SNL yet again. Wish me luck. 🙂

To get started, open the Google Earth app on Android and iOS, or go to Google Earth in your Chrome browser on desktop. Open the main menu and turn on the Photos toggle. As you explore the world and zoom in, relevant photos from each location will appear. Click on any thumbnail to see a full-screen version of the photo, and then flip through related photos. 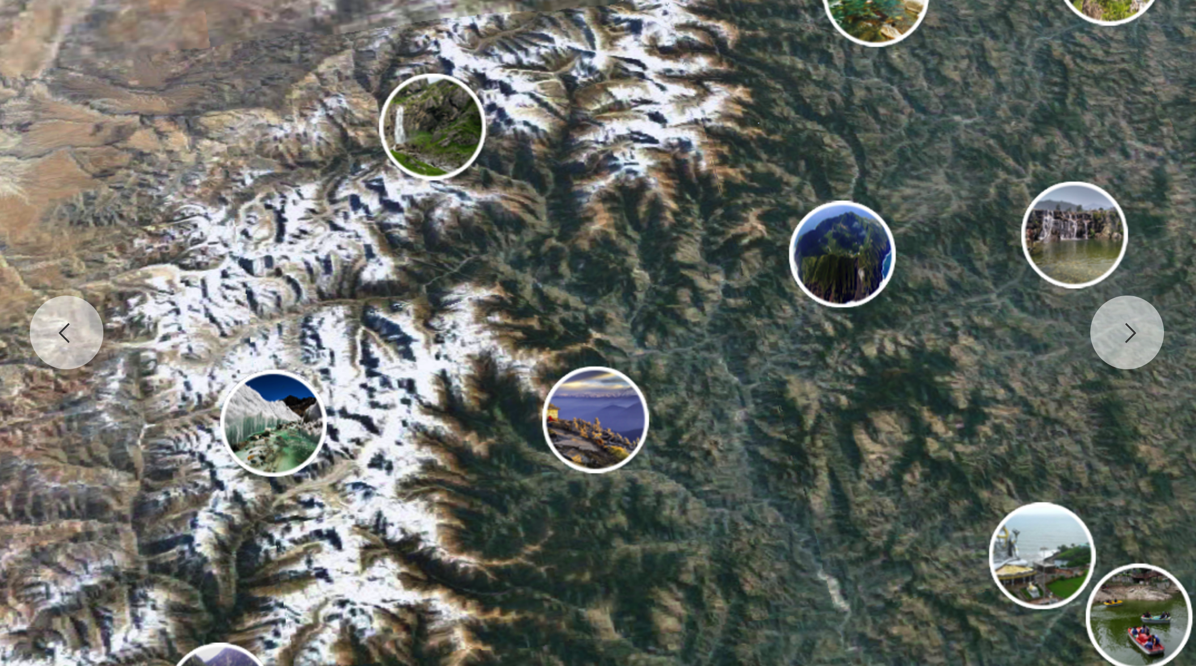 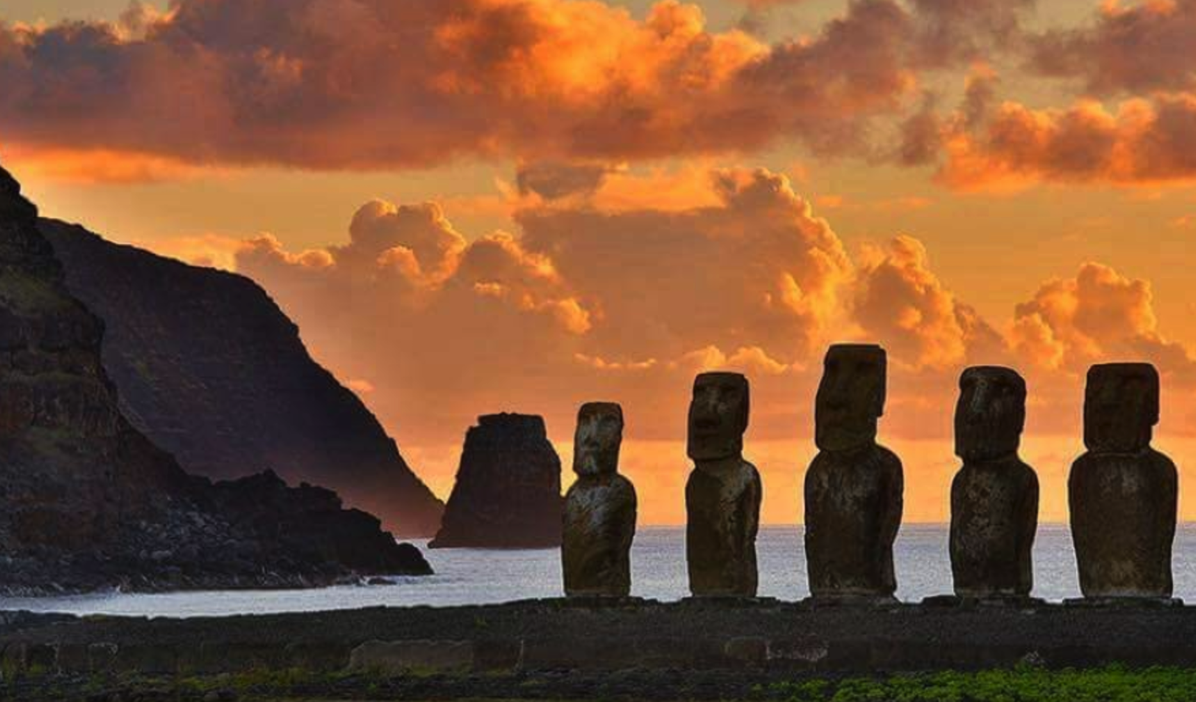 Creeptastic! But quick, cool, and impressive: Visit The University of Nottingham’s demo site, and check out the project site for more details. As The Verge writes,

“3D face reconstruction is a fundamental computer vision problem of extraordinary difficulty.” You usually need multiple pictures of the same face from different angles in order to map every contour. But, by feeding a bunch of photographs and corresponding 3D models into a neural network, the researchers were able to teach an AI system how to quickly extrapolate the shape of a face from a single photo. 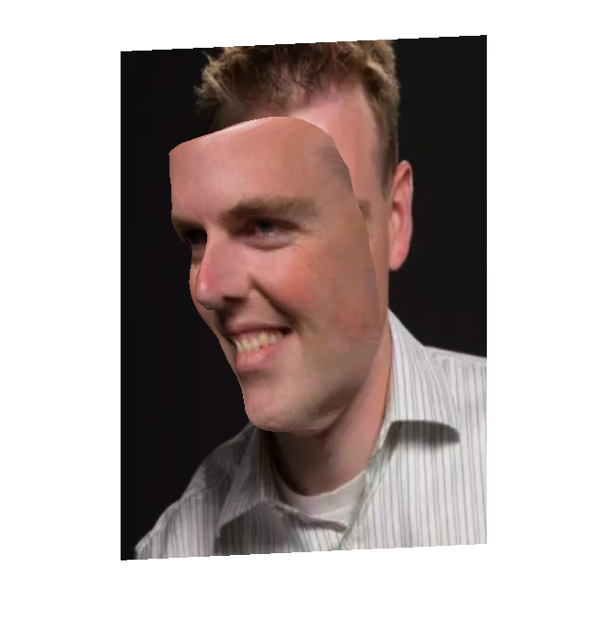 “Arbiter of Focus”—that’s how David Lieb, who was the CEO of Bump & who now leads product for Google Photos—describes a PM’s job. Elsewhere I’ve heard, “What game are we playing, and how do we keep score?” In a similar vein, I found resonance in these remarks from Francis Ford Coppola:

Q. What is the one thing to keep in mind when making a film?

A. When you make a movie, always try to discover what the theme of the movie is in one or two words. Every time I made a film, I always knew what I thought the theme was, the core, in one word. In “The Godfather,” it was succession. In “The Conversation,” it was privacy. In “Apocalypse,” it was morality. The reason it’s important to have this is because most of the time what a director really does is make decisions. All day long: Do you want it to be long hair or short hair? Do you want a dress or pants? Do you want a beard or no beard? There are many times when you don’t know the answer. Knowing what the theme is always helps you.

Here’s the rest of the interview.

“That’s not an explosion—it’s just a rapid unscheduled disassembly!”

Think of the swagger a company must have to own their history of mishaps this hard. Respect ! 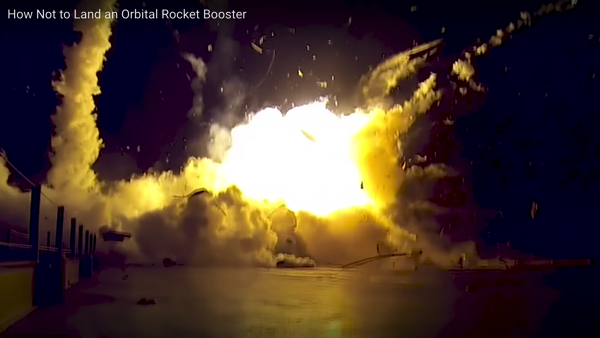 This update lets you explore Street View imagery from 85 countries right within Earth VR. Just fly down closer to street level, check your controller to see if Street View is available and enter an immersive 360° photo. You’ll find photos from the Street View team and those shared by people all around the world.

What if you could step inside a song? Inside Music is a simple experiment that explores that idea. It features the music of Phoenix, Natalia Lafourcade, Perfume Genius, Alarm Will Sound, Clipping, and Ibeyi.

if you’re a musician, you can explore your own songs in VR or put them up on the web for others to explore. 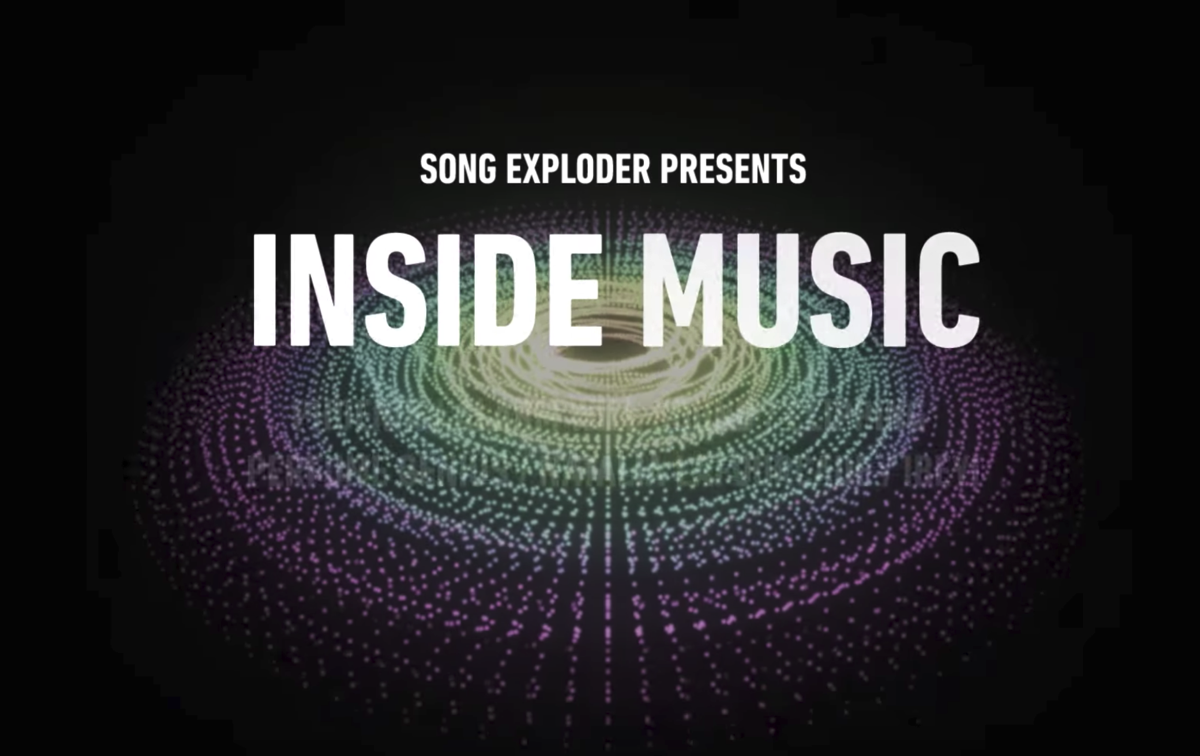 I’m eager to try this out:

When framing a subject, you’ll have a number of different lighting options to choose from for giving your portrait different looks — things like Contour Light, Natural Light, Studio Light, Stage Light, and Stage Light Mono.

These “aren’t filters,” Apple says. Instead, the phone is actually studying your subject’s face and calculating the look based on light that’s actually in the scene using machine learning.

Check out PetaPixel or Apple’s site for larger sample images. 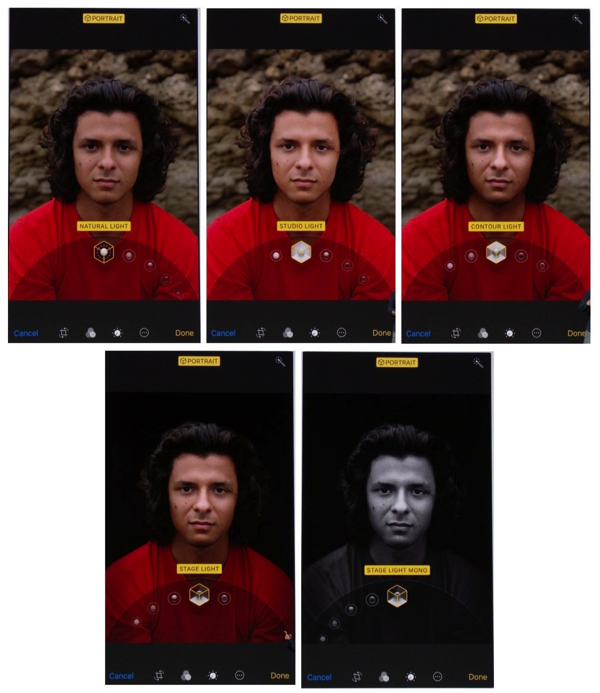 Anyone I’ve interviewed at Google will immediately know why I find this so great—but it would be great no matter what:

A few years back I was really intrigued by Mixel, a social collage app that enabled easy creation & mixing of scenes. It didn’t take off, but I thought the underlying concept was strong, and now Giphy is taking a run at something similar:

Allows you to place gifs in 3D space, share videos of them or even share the whole 3D scene in AR with friends who have the app. They can then add, remix and re-share new instances of the scene. As many people as you want can collaborate on the space.

You drop GIFs into the world in the exact position you want them. A curated and trending mix of gifs that have transparency built into them is the default, but you can also flip it over to place any old Gif on the platform.

…and take a deeper look at what’s rolling out next: 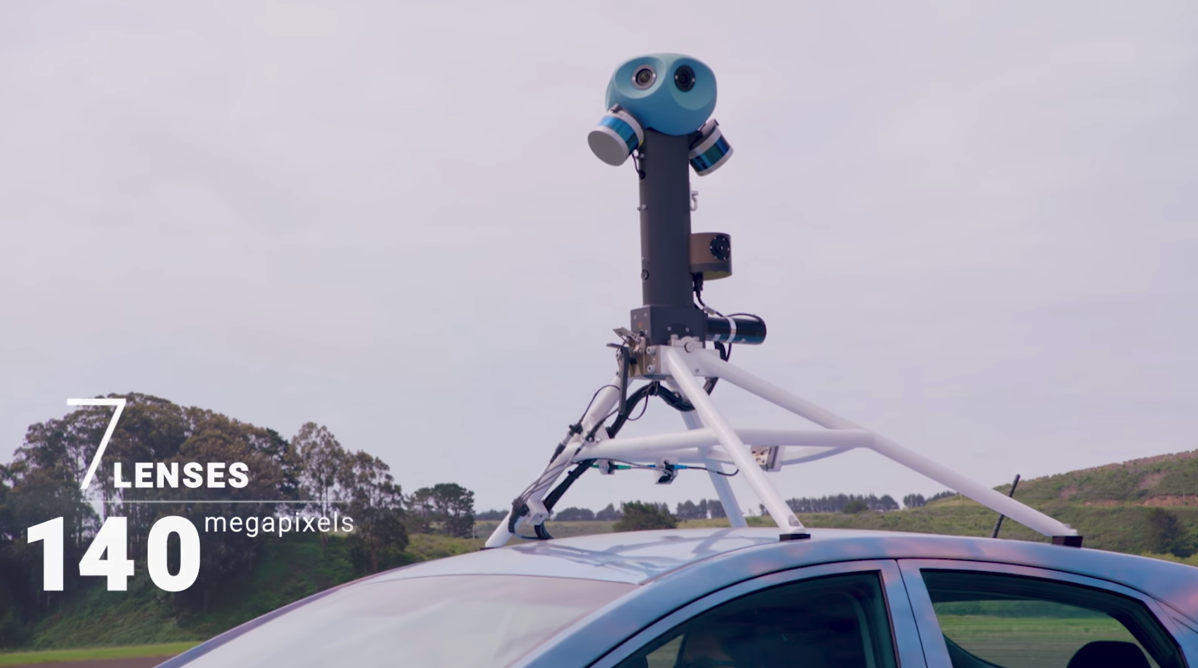 Quick test of recording sound in space and playing back by moving through it (video has audio !) #openframeworkspic.twitter.com/GdZcK3rj1L

Presence is a circular four screen video installation. The screens show moving abstract forms against a black background, the motion of these forms reveal a human presence. These life-size abstract forms have been created by motion captured performances of dancers Julia Eichten and Nathan Makolandra from Benjamin Millepied’s LA Dance Project. 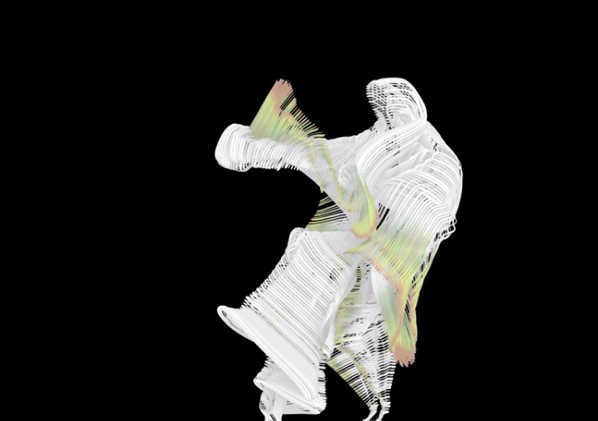 Ford offers a charmingly illustrated set of tips & a case for autonomous vehicles: 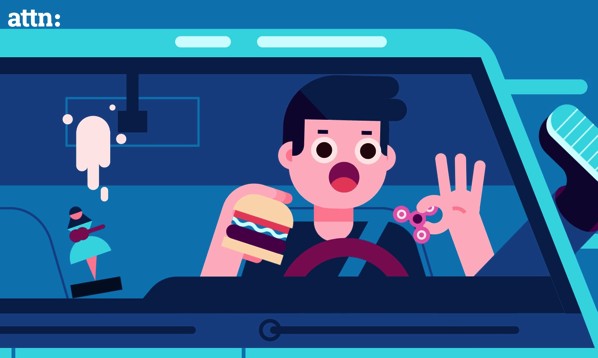 Given the show’s iconic titles, Game of Thrones: A Pop-Up Guide to Westeros (Amazon) seems kind of inevitable, no? Still pretty neat:

It features a total of five stunning spreads, which fold out to create a remarkable pop-up map of Westeros that is perfect for displaying. The book also contains numerous mini-pops that bring to life iconic elements of the show, such as direwolves, White Walkers, giants, and dragons. 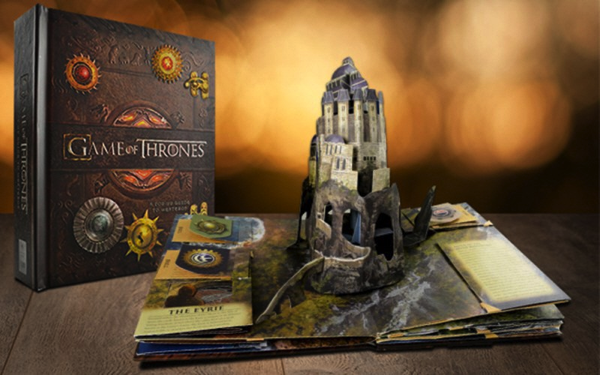 Scientists at UW Madison observed the eclipse through the eye of one of the world’s most advanced weather satellites, GOES-16. The eclipse images from the satellite were taken at a rate of one every five minutes, then stitched together:

Elsewhere, Liem Bahneman loaded four cameras (three stills, including a Ricoh Theta 360, plus a GoPro) onto a high-altitude and shot what the total solar eclipse looks like from the edge of space. PetaPixel writes,

The 9-minute video above is what one camera recorded over Central Oregon. […] He launched the balloon shortly before totality pass over the state. As you’ll see in the video, the cameras were able to capture the shadow of the moon creeping across the land and plunging everything into darkness for minutes during totality. At around 5 and 7 minutes, you can hear the sounds of jets flying over the mountains below.

With it being 115º F here this weekend, I’m kinda drawn to hanging out with a frozen army led by “Approachable Karl Lagerfeld.” Come chill with El Ranchito’s work: 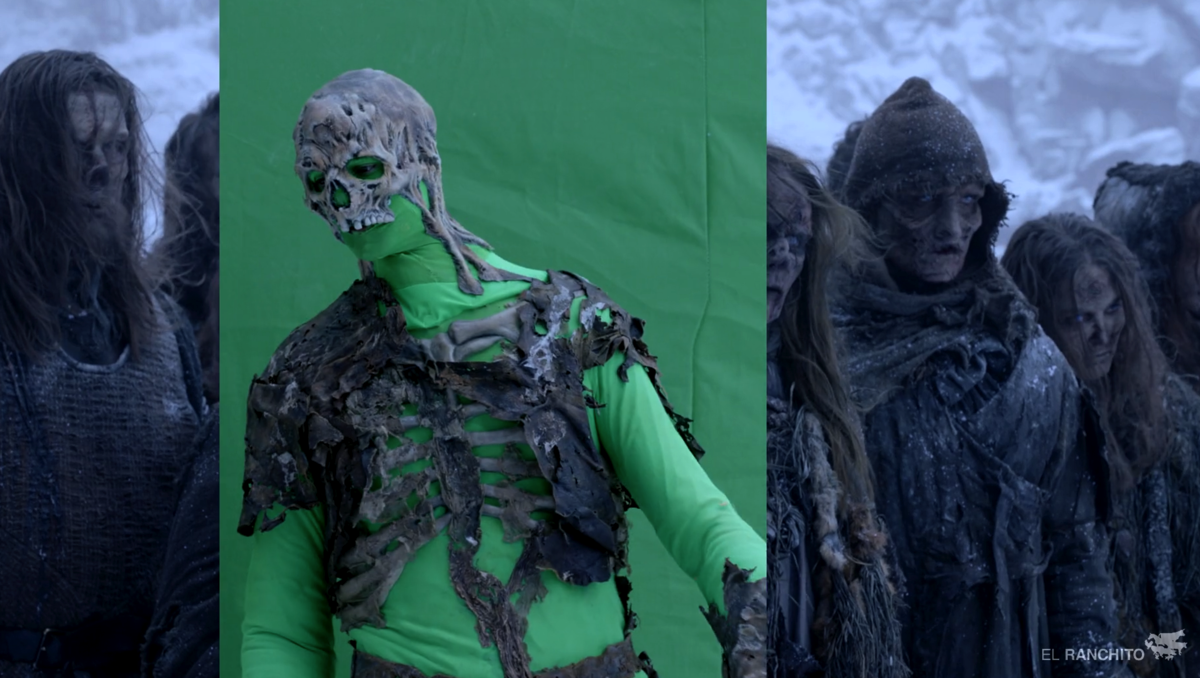 Estella Tse recently took Google Tilt Brush for a spin to render a 3D version of “The Two Fridas.” Watch her in action: 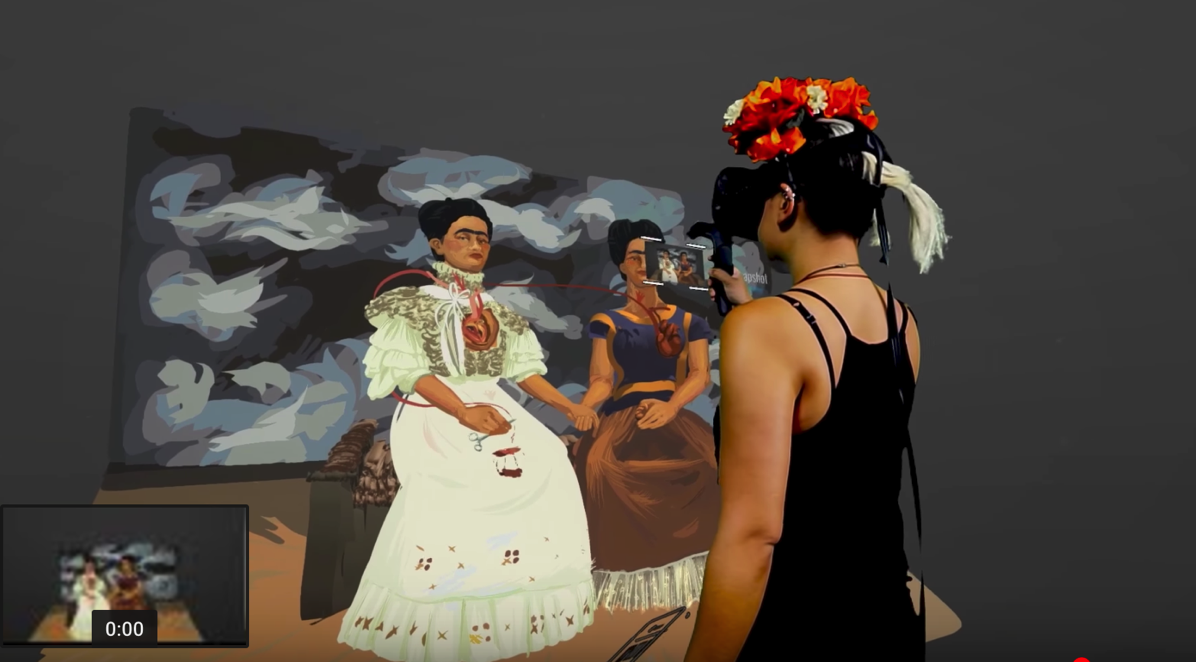 Never previously having seen a Project Loon balloon launcher or take-off, I dug Nicole Nguyen’s behind-the-scenes tour. Jump ahead to 5:23 if you want to skip the basic preamble & get right to the good, floaty stuff: 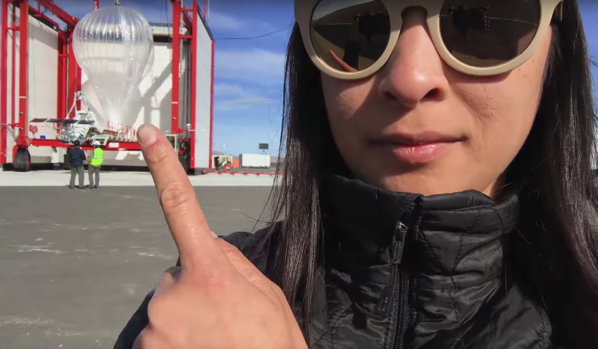