Back in 2014, right after we’d both joined Google, my friend Alex Powell (who used to lead animation tools at DreamWorks) and I did a lot of exploration of what it would mean to turn photos and videos into paintings. Some of that work paid off later in work like Halloweenify face painting.

Now it’s exciting to see how the industry has evolved, using machine learning to style images as paintings. Evidently the band Drive Like Maria is veeeery patient and dedicated to getting this result. PetaPixel writes,

“We figured that if we’d process 600 pictures each (Bert, Bjorn, and myself) it would take about 5 hours per person to process everything at 30 seconds per picture,” the band’s guitarist Nitzan Hoffmann told us. “By the time we started processing the Android version of Prisma was also available so we could use iPhones and Android phones at the same time.”

Despite some issues transferring JPEGs to and from the phones while keeping them in some kind of order, they eventually managed to convert every frame—all 1,828 of them—into a “painting” by hand before plugging them back into Premier Pro. A little bit of fiddling later, they had their music video! 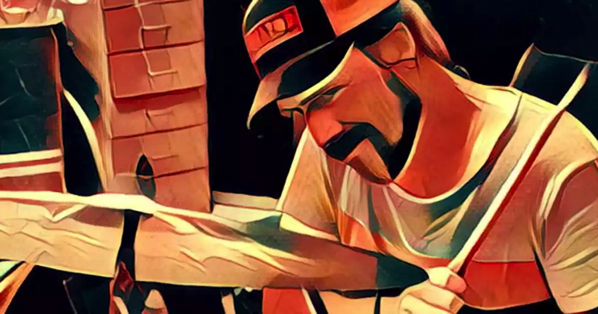