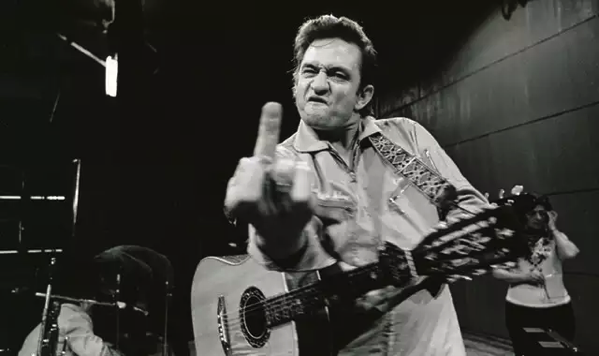 A little story of perseverance & defiance from my past…

So, when I got out of school with a History degree, I wasn’t exactly highly employable, so I used my self-taught design & coding skills to talk myself into an internship in NY. Most people at the agency were cool, but the admins were kind of petty tyrants who liked to deny things to the interns just to keep us in our (unpaid) places. That included denying us phones and nametags for our desks.

Not digging the indignity, one weekend I came into the office, stuck a full-time colleague’s nametag into a scanner, then brought it into Illustrator & generated a template from which I could bang out my own versions. I proceeded to create a ton of absurd variations—e.g. “Unmoved Mover,” “HMFIC,” etc.—that I then cycled through displaying. One variation said “Johnny Folk Hero,” and I ended up leaving it up for a while.

Later, a woman came back from a meeting laughing: “Someone was in there asking whether a graphics intern could do a project. ‘Isn’t there a Johnny something?’ she asked. ‘Oh, John Nack?’ ‘No, it’s like… something Native American, I think—Johnny Folk Hero or something??’”

This, as you might imagine, kind of made my life. 🙂

4 thoughts on “The birth of Johnny Folk Hero”