Chuck that Dan Brown shite into some molten rock & peep this Inferno instead. (I mean, I’d listen to Werner read the phone book, and here he is talking volcanoes, for God’s sake.)

Werner Herzog’s latest documentary, Into the Inferno, heads just where its title suggests: into the red-hot magma-filled craters of some of the world’s most active and astonishing volcanoes—taking the filmmaker on one of the most extreme tours of his long career. From North Korea to Ethiopia to Iceland to the Vanuatu Archipelago, humans have created narratives to make sense of volcanoes; as stated by Herzog, “volcanoes could not care less what we are doing up here.” Into the Inferno teams Herzog with esteemed volcanologist Clive Oppenheimer to offer not only an in-depth exploration of volcanoes across the globe but also an examination of the belief systems that human beings have created around the fiery phenomena. 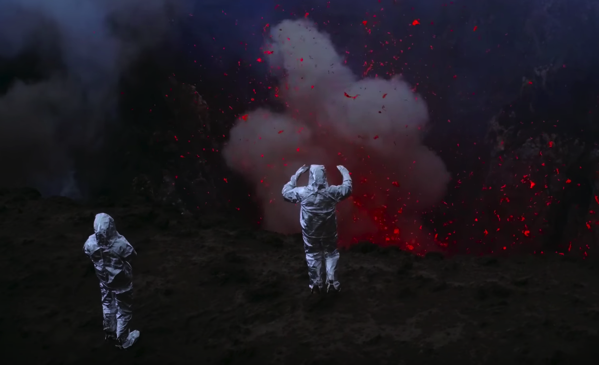