Shivering in the former East Germany back in 2011, I tried—and painfully failed—to get Adobe to invest in a fresh, modern, from-the-ground-up imaging pipeline for Photoshop. It would run beautifully on mobile hardware & scale up to desktops. Instead our mobile play (Photoshop Touch) remained built on top of a mid-90’s platform for banner ads (Flash!), which was almost whimsically insane. Soon after I left the team.

Years later, I think (or at least hope) Adobe might be taking this plunge across their imaging tools. The more interesting question is, will anyone care?

Developed without compromise, Affinity Photo for iPad is the first full blown, truly professional photo editing tool to make its way onto the Apple tablet. Built from exactly the same back-end as our award-winning desktop version, and fully optimised to harness the full power of the iPad’s hardware and touch capabilities. Affinity Photo for iPad offers an incredibly fast, powerful and immersive experience whether you are at home, in the studio or on the move.

I’m eager to try it, and I wish these folks well—but I’m skeptical about it finding a large audience. Working on Photoshop Touch, I struggled to discern an audience that wants “real” power/complexity on mobile devices. Building a desktop-style editor was like building a great home office… on the beach. That is, it’d be sticking a serious, productivity-oriented tool into a lean-back consumption context.

I saw that when people wanted to work, they’d simply put away the tablet and take out their “real” computer (which no one had confiscated, and which retained a larger screen, more memory, etc.). In powerful mobile apps like Snapseed & VSCO, the vast majority of use happens on phones, not tablets. Outside of sketching/painting apps (which cater to a skills set that few people really have), I’ve yet to see serious creative tools take root on tablets.

Anyway, we shall see! 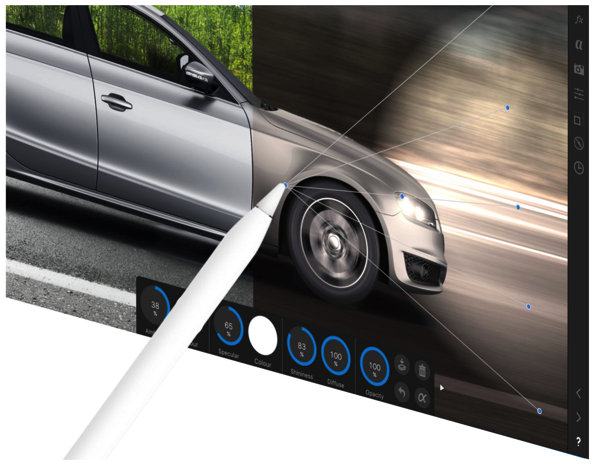 7 thoughts on “Affinity Photo on iPad: Will anyone care?”