This short film from Masahiko Sato + EUPHRATES is poetry in motion:

[B]y extracting the movement of a dancing ballerina, we created a animation of locus drawn in the air, and dancing geometric figures, composed with a documentary picture. The geometric figures were created by connecting the movement of ballerina’s joints by using algorithm of computer geometry(such as “convex hull”,and “Delaunay diagram”). Our aim was to represent a complete new type of beauty, by showing the interaction of abstract animation with realistic movements and documentary film. 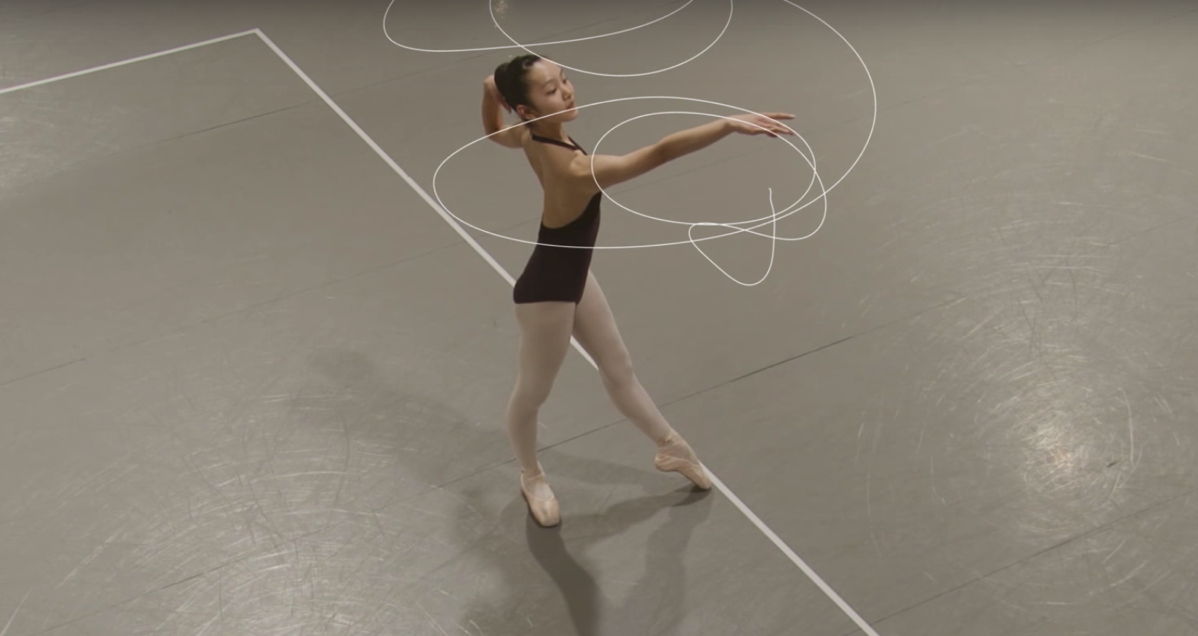