What’s amazing about NVIDIA’s system and the current “Content-Aware Fill” in Photoshop is that NVIDIA’s tool doesn’t just glean information from surrounding pixels to figure out what to fill holes with — it understands what the subject should look like.

Researchers from NVIDIA, led by Guilin Liu, introduced a state-of-the-art deep learning method that can edit images or reconstruct a corrupted image, one that has holes or is missing pixels. The method can also be used to edit images by removing content and filling in the resulting holes. Learn more about their research paper “Image Inpainting for Irregular Holes Using Partial Convolutions.” 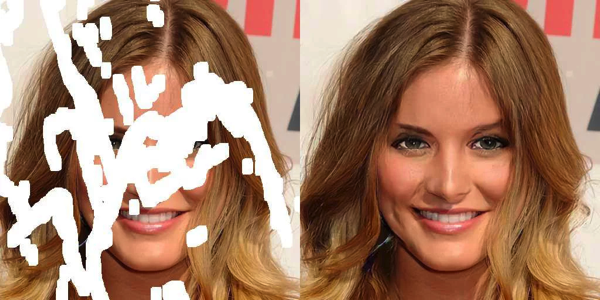 One thought on “NVIDIA’s giving me the Content-Aware Feels”