At I/O last week Google hosted a bunch of kids to learn about new technologies & test-drive some forthcoming apps:

The team also announced a cool partnership with MIT:

Google is teaming up with MIT’s Media Lab to create Scratch Blocks, an updated version of the kid-centric programming language. Available now as a developer preview, student participants at Google’s I/O Youth event were able to get an early look at the new tools…

Scratch is a visual programming language developed by MIT’s Media Lab back in 2007  to make it easier for kids to learn the foundational knowledge required for programming and other technical skills… The update also makes it easier to bring Scratch to smaller screens like smartphones and tablets.

This prototype implementation of Scratch Blocks controls a LEGO WeDo 2.0 device over a bluetooth connection. 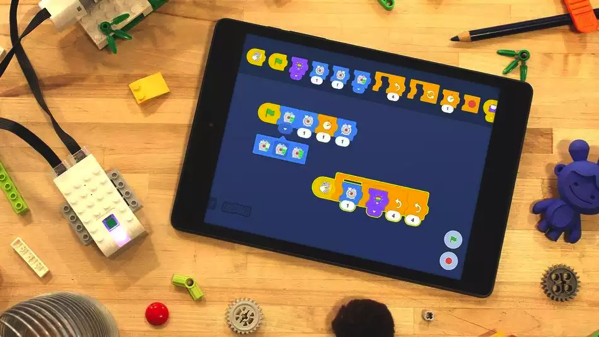