Okay, I hesitated to share this as I’m allergic corporate self-congratulation, but A) it’s some pretty amazing aerial filmmaking (including in thunderstorms!), and B) the chase of the Androids is just so weird—and get only weirder/funnier as it progresses. That detail reminds me of Khoi Vinh’s smart observation from a couple years back: 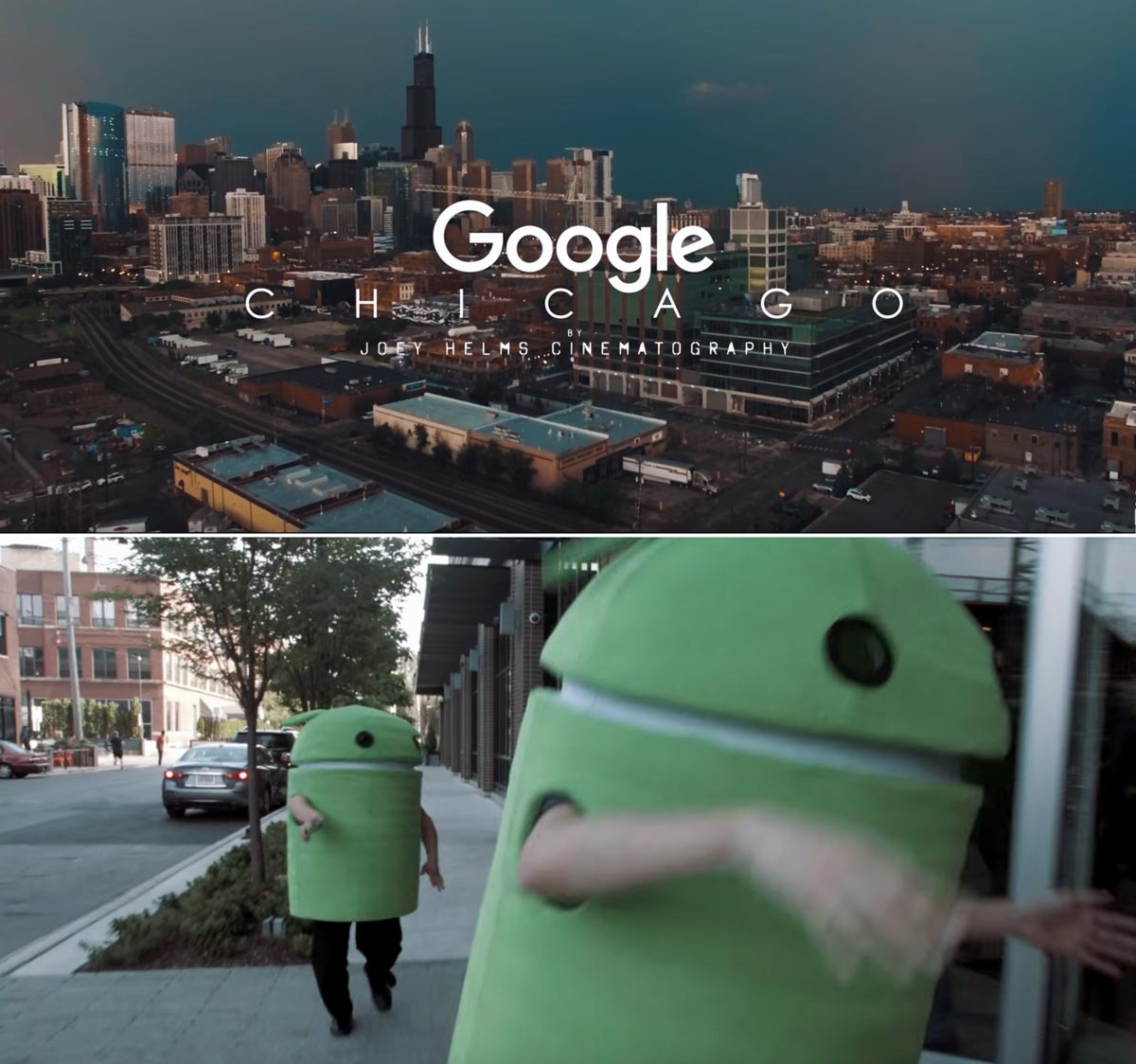 One thought on “Photography: A fun aerial tour of Google Chicago”