Flutter apps don’t directly compile to native Android and iOS apps; they run on the Flutter rendering engine (written in C++) and Flutter Framework (written in Dart, just like Flutter apps), both of which get bundled up with every app, and then the SDK spits out a package that’s ready to go on each platform. You get your app, a new engine to run the Flutter code on, and enough native code to get the Flutter platform running on Android and iOS. 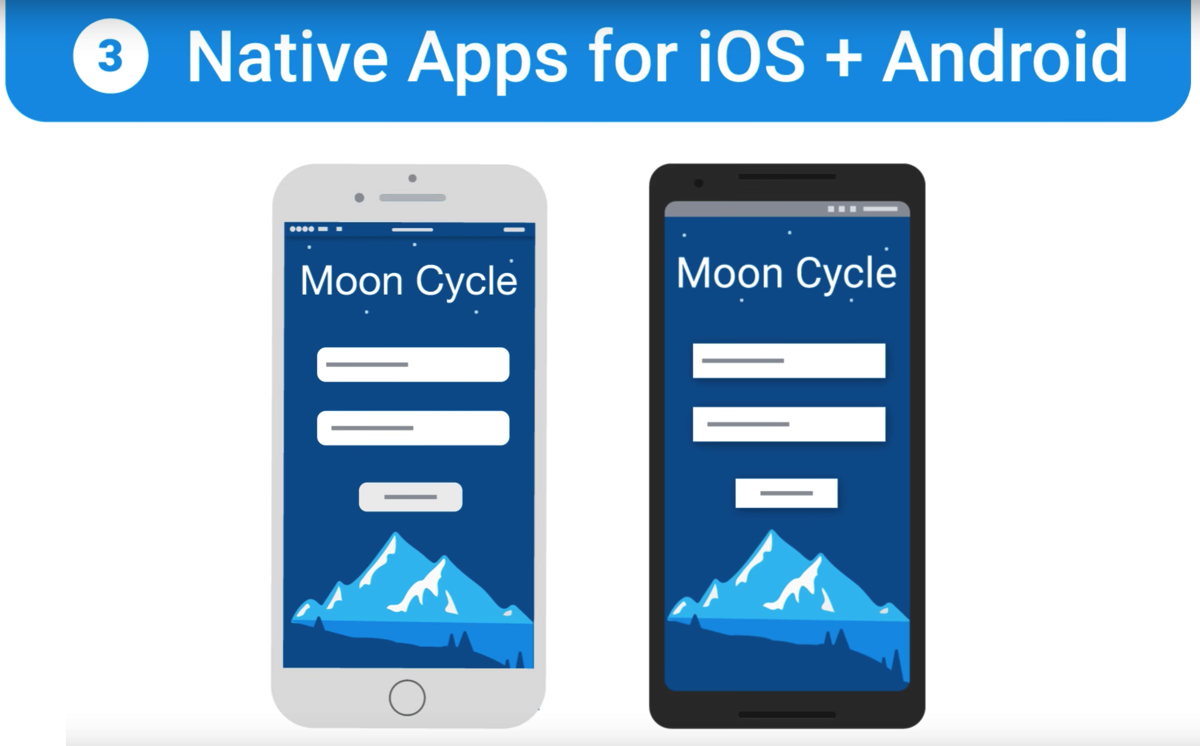