It’s a running joke at Google that you can spend your whole career not knowing what the people nearby you are doing, or even who they are. (In fact, I continue to harbor a dream about creating an AR overlay that would solve this, but that’s another story.) As it happens, I just discovered that my teammate Bill has been making some really cool augmented reality experiments, including the open source Flight Paths:

Flight Paths is an experiment that transforms your room into a flight path visualization. Touch any horizontal surface and explore as flights take off from JFK or SFO and fly around your space. Learn more at g.co/arexperiments

Continual note to self: Ask people more about what they’re doing! 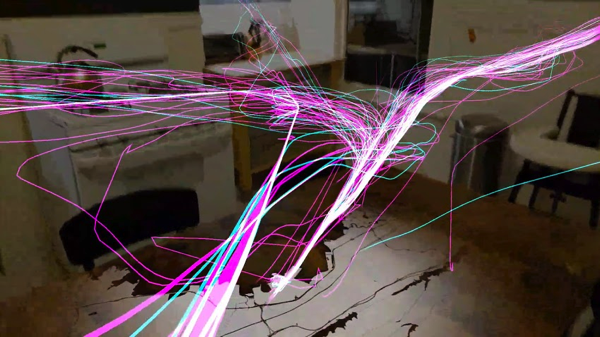 2 thoughts on “A beautiful visualization of flight paths in AR”