The glasses’ marquee feature is a second camera, which enables Spectacles to capture depth for the first time. Snap has built a suite of new 3D effects that take advantage of the device’s new depth perception ability. They will be exclusive to Spectacles, and the company plans to let third-party developers design depth effects starting later this year.

This time around, Snap is offering a new way to view snaps taken through Spectacles: an included 3D viewer resembling Google Cardboard. (The Spectacles 3D viewer is made of cardboard as well.) 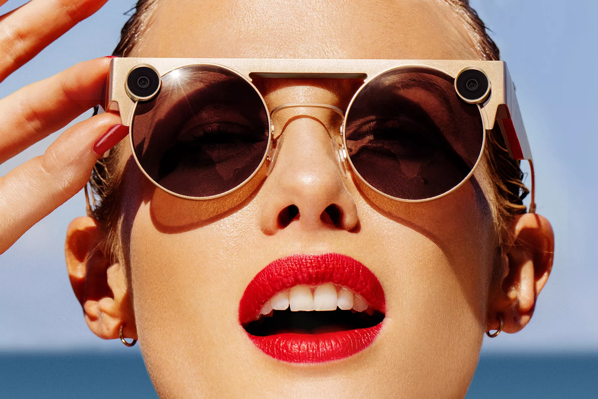