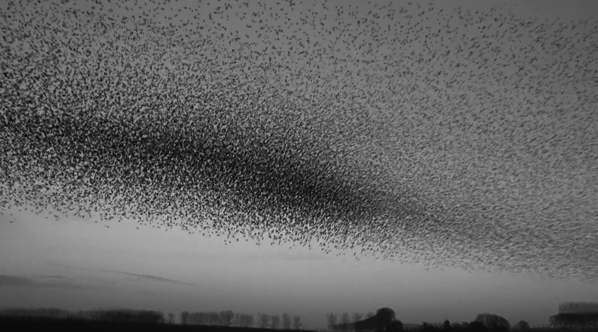 One thought on “Hypnotic photography: A murmuration of starlings”