Master digital painter Bert Monroy is famous for the level of detail in his hyperrealistic works. He based his new Amsterdam Mist on a photo he took in person, but it lacked sufficient resolution for him to really replicate various structures & elements. In this video (part of a series illustrated by the new painting) he talks about how he used Street View in Google Maps to cruise around the neighborhood, zooming in on key details.

You can play with this pair of renderers right inside your (modern) browser: 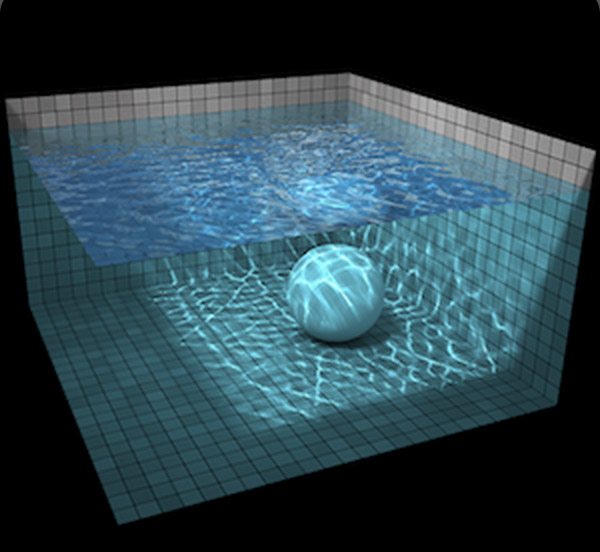 Fragment lets you interactively add kaleidoscopic & other replicative effects to your images:

Meanwhile Light App does what I imagine being a mind-blowing Russell Brown Photoshop demo from 1994—turning your daylight image to nighttime & adding synthetic lights:

So, can this $60 doohickus be mounted on a toddler? 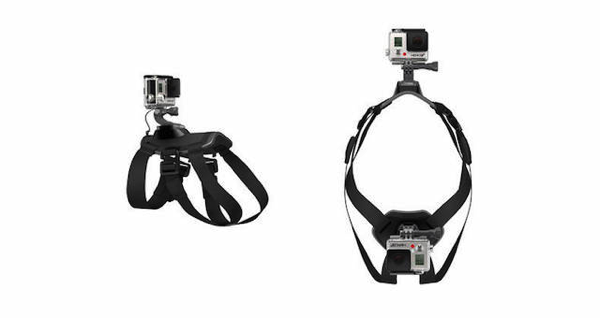 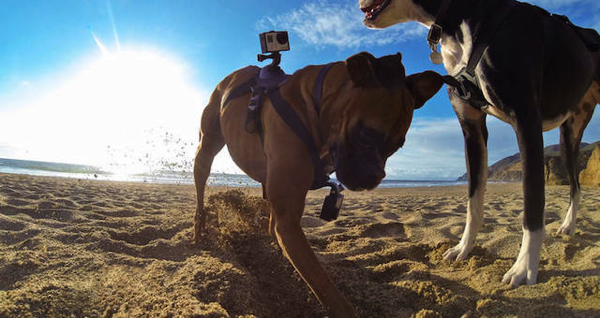 Nifty monsters & more from chaps across the pond:

I’m an endless sucker for this kind of visual storytelling. Besides the reel below, check out a ton of high-res screenshots on Territory Studio’s site. See also some good links to similar content from Khoi Vinh.

Normal people suck at efficiently capturing video (recording just the salient moments), so providing ways to summarize long video is great. As a guy who listens to podcasts on 1.5x speed, I’m looking forward to playing with this feature (available now on iPhone, soon on Android):

*Do* taze me, bro: “Photographer Patrick Hall films people’s reactions as they get tased with a handheld stun gun.”

Recumbentibus: A knockout punch, either verbal or physical. 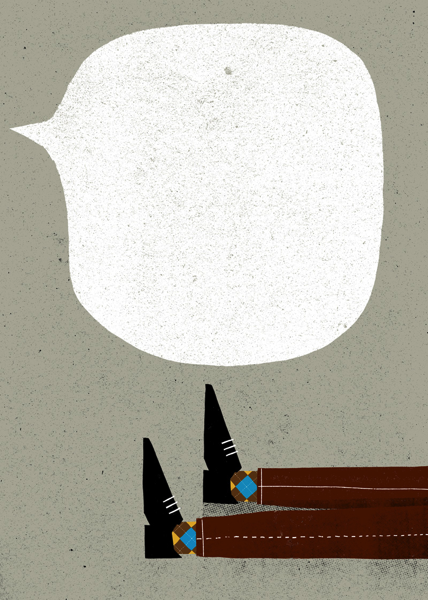 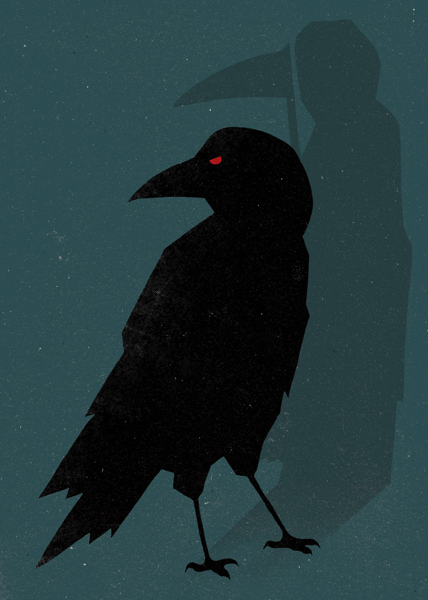 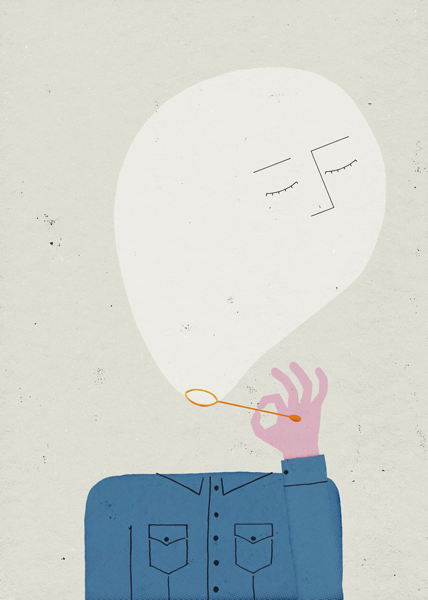 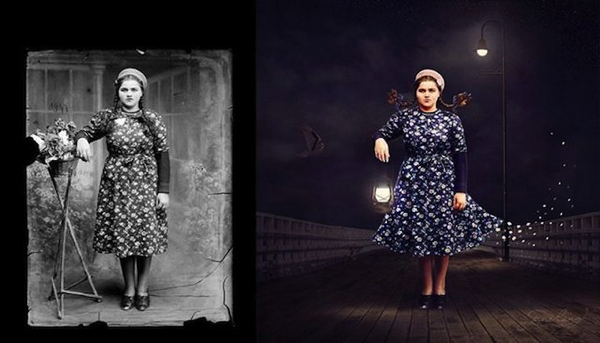 I was so enthusiastic about Nelson Chu’s original MoXi research 10 years (!) ago that I posted it as a video at jnack.com/BlowingYourMindClearOutYourAss*. We had Nelson come to the US from Hong Kong & intern on the Photoshop team, but we could never quite shoehorn his advanced, GPU-heavy algorithms into the old girl’s hide. Anyway, following some years at Microsoft developing what became Fresh Paint, Nelson is back on his own & has revealed Expresii:

*Back when men were men, YouTube didn’t exist, and to share a video you had to hollow out a log, stretch your own custom FLV skin over it, and fire-harden it for hours.

Pitch-perfect sketch from Portlandia on the appeal—and perils—of running away from social media:

As Martin Lawrence might say in a signature spinning camera shot, Pix just got real…

I’ve long enjoyed Franz Ferdinand’s Rodchenko-inspired album art, so I was delighted to discover (a decade late!) their animated Constructivist/Busby Berkeley/Dadaist video for Take Me Out:

You are… welcome? 🙂 Deeply weird stylings from Philip Pastore. 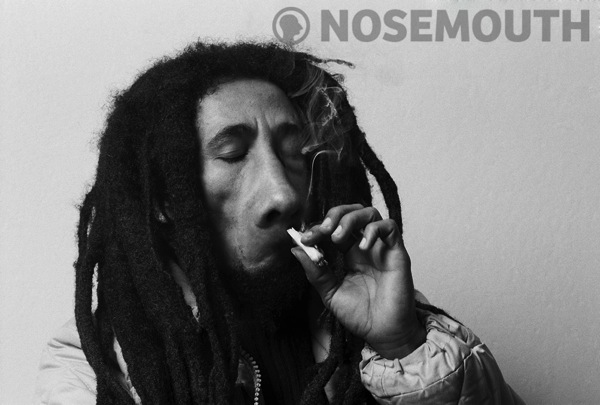 Sitting in the dermatologist’s office (the curse of the Irish—well, one of them), I’m intrigued & a little unnerved by this project. As Colossal explains,

Artist Thomas Leveritt recently setup a special UV motion camera in Brooklyn’s Prospect Park with the intent of filming random passersby. Ultraviolet rays have the ability to expose not-yet-visible changes to human skin, namely freckles, that turn even the most unblemished faces into dark explosions of dots.

“[T]hereby bringing the coming robot apocalypse that much closer,” TechCrunch duly notes, so thanks for that, Harvard:

The robots “can achieve complex global behavior from the cooperation of many limited & noisy individuals”—which sounds like just about every human company, ever.

Patrick Cheung shot more than 6,000 images over the course of a year in Hong Kong to make this hyperlapse hip hop vid for Ghost Style. The Bullet Time levitation effect around 1:16 is well worth a look:

So, how exactly do these things get made? The crew from DigitalRev worked with Patrick to show the importance of careful framing in this informative little tutorial:

Here’s a handy, easy to remember trick: just add “GIF” to the beginning of the URL. After “www.” and before “youtube.com.”

This $32 plug-in offers clever ways to refine, trim, and join shapes by sketching:

I remember fondly when Illustrator added Smart Guides, and now Photoshop has gotten into the action. Here’s a quick how-to demo from Sebastian Bleak:

When we released our previous file in 2009, the main question we received was why we would go to the trouble to create an Illustrator version of the iPhone UI elements. We addressed this at the time in a post titled “Why build iPhone app mockups in vector format?” There is even a nice note about the then rumored imminent introduction of higher resolution screens and how we hoped our use of vector files would help us once they were announced. (It helped A LOT.) […]

[W]e’ve purposely turned “Align New Objects to Pixel Grid” off in the Transform palette because it wreaks havoc on corner radii and icons. We recommend that you do the same. 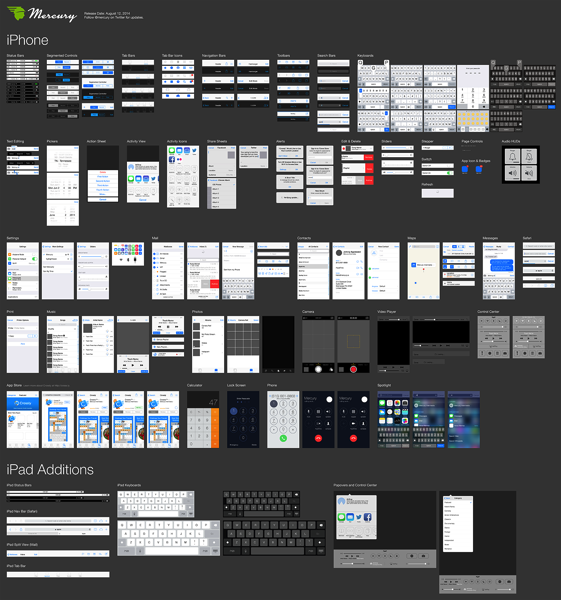 Why? Eh, I don’t know—but it’s still rather cool that one can create what appear to be unspinnable asymmetrical objects. (Bear this in mind next time Leonardo DiCaprio tries to incept you.)

Speaking of hyperlapses, the guys behind the recent Barcelona piece have provided a peek into the North Korean capital:

My friend Sam Potts has traveled to Pyongyang & provides a sobering assessment:

It feels deeply fake as filmmaking, to me. Thus I mistrust it as a document of what real Pyongyang is like. You don’t see any of the details to that reveal, even in PY, how very poor a country it is. Some of those buses didn’t have tail lights. They had blocks of wood painted red to look like tail lights. And the library computers are incredibly poor quality.

The filmmakers provide more info via an FAQ on the Vimeo page.

People used to ask about this all the time. Previously little hacks existed, but as of the Photoshop CC release, you can set a default type style for real. Julieanne Kost explains how (jump to just before the 6-minute mark):

Check out Julieanne’s blog for lots of details on exactly how type styles work.

Neat new stuff from a bunch of ex-Adobe/Macromedia folks. (Make sure your endure the jaunty saxophone until just after the 1-minute mark—or simply hop there to see the CSS 3D stuff in brief.)

Robin Williams, in memoriam. Thank you for everything.

Here’s a more technical description of how it works:

I’d love to work with you to redefine the future of storytelling through photos, videos, and more. On Daring Fireball John Gruber writes,

My thanks to Google — that’s right, Google (kind of awesome, right?) — for sponsoring this week’s DF RSS feed. They’re hiring developers and designers for their iOS app teams, which operate like a start-up within the walls of Google.

Google’s iOS apps are really good, and incredibly popular. How many people do you know who don’t have at least one installed on their iPhone or iPad (probably on their first home screen, if not in their dock)? If working on Google’s iOS apps sounds like your kind of gig, you can apply to job openings in San Francisco, Mountain View, Boston, New York, Los Angeles, Seattle, Paris, or London.

(But if I’m wrong about that, I’d love to be one-upped)

Turning “everyday visible objects into visual microphones”? Enhance! Check out what researchers from Adobe, Microsoft, and MIT have been up to:

When sound hits an object, it causes small vibrations of the object’s surface. We show how, using only high-speed video of the object, we can extract those minute vibrations and partially recover the sound that produced them, allowing us to turn everyday objects—a glass of water, a potted plant, a box of tissues, or a bag of chips—into visual microphones. We recover sounds from highspeed footage of a variety of objects with different properties, and use both real and simulated data to examine some of the factors that affect our ability to visually recover sound. We evaluate the quality of recovered sounds using intelligibility and SNR metrics and provide input and recovered audio samples for direct comparison. We also explore how to leverage the rolling shutter in regular consumer cameras to recover audio from standard frame-rate videos, and use the spatial resolution of our method to visualize how sound-related vibrations vary over an object’s surface, which we can use to recover the vibration modes of an object.

The Game Formerly Known As Photoshop Tennis, originated & hosted by Coudal Partners, is back in action:

Today we’re hosting two live “friendly” matches to kick off a new season of Layer Tennis. They’re just for fun, the real competitions start on Friday, September 12th. The site is new, the archives have been completely mostly reformatted and we’re ready to go. We’ll be hosting remix contests and lots of other fun things this season, so you’ll probably want to get on the list for the skinny on all that. Oh, do you want to play?

I had the honor of providing play-by-play commentary for a match between Khoi Vinh & Nicholas Felton. Afterwards I wanted to build a “Photoshop Remix” app that would be built entirely to enable socially powered creation & remixing. I couldn’t convince Adobe to go for it, and soon enough Khoi came out with his own tool in that vein, Mixel. I was sad to see it fail to find an audience, and to see other collaborative creation tools similarly flame out.

And still I wonder, I wonder… is there a way in which people want to create together?

This site is rather brilliant. 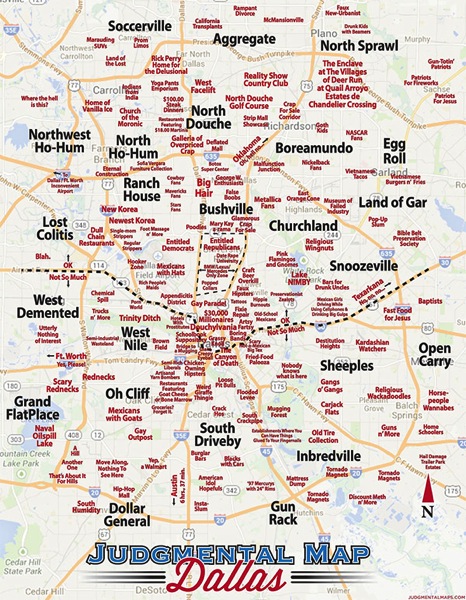 Researchers at Carnegie Mellon are pushing into the third dimension, using a technique that compares the 2D objects in a regular photo with 3D models freely available online. The result? The ability to manipulate part of photo as if it were a real, three-dimensional object, even exposing angles and sides that weren’t visible in the original image.

I love scrappy hacks like the ones David F. Sandberg used in his short film Not So Fast. PetaPixel writes,

Using an IKEA trashcan, a 150W CFL bulb and a few other pieces of equipment he had lying around (some from IKEA, others from eBay, one from the trunk of his car) he created a lighting rig that focused a very bright light source right on his actress’ face.

Photoshop master Ben Von Wong dropped by Google the other day, and the lecture he gave is now online:

Ben will also break down the art of pulling resources together to make epic productions on zero budget, and share the simple post-processing tips and tricks that make his images stand out and pop, along with featured image deconstructions.

How lovely is this shadow-casting popup book? As Colossal explains, “As a light source is directed toward either side, a different moving image is projected on the page to help tell the story.” Check it out:

From the department of Things That Look Like Faces comes this delightfully weird, Creature Comforts-style animated taste of NYC and its inhabitants:

Spend two delightful minutes with Thibault de Fournas’s grad-school ode to typography. Make sure to stay at least until the middle, my fellow ADD sufferers, or you’ll miss the neat nods to tilters from Saul Bass to Kuntzel and Deygas.