I’d love to see this in person:

Pixel is an innovative dance performance conceived by French performance artists Adrien Mondot and Claire Bardainne, known collectively as the Adrien M / Claire B Company, in collaboration with hip-hop choreographer Cie Kafig. The hour-long performance incorporates a host of digital projection mapping techniques, 11 dancers, and bills itself as “a work on illusion combining energy and poetry, fiction and technical achievement, hip hop and circus.”

Cheeky & on-brand, in more ways that one:

Mobile users can overlay digital images of a blazing inferno that burns away competitors’ ads to reveal a mobile coupon for a free whopper sandwich from the chain’s nearest location. 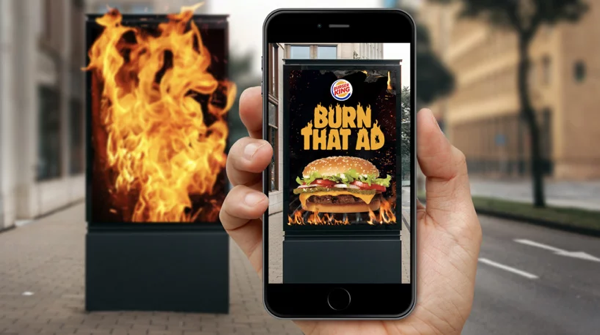 Kind of a cool idea—even if I can’t embed the damn video. 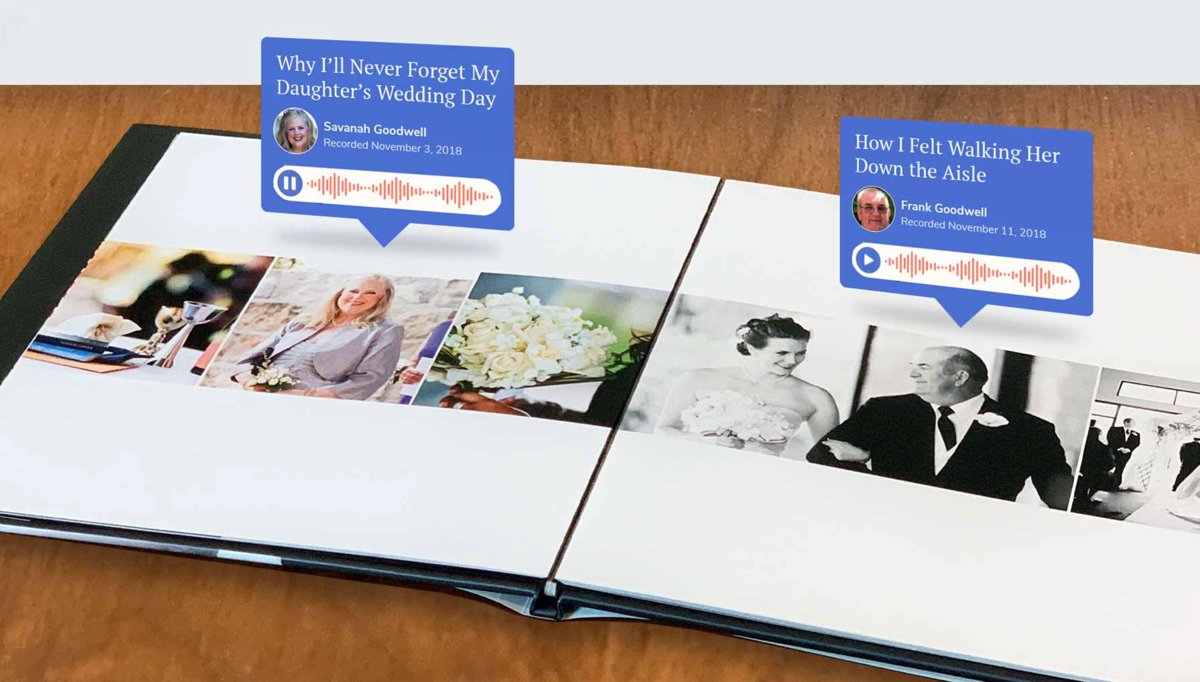 “Mowing your lawn with a plane” sounds like “Hunting geese with a rake” (I see you, weird old David Crosby!), but it’s a good metaphor for how aircraft traverse a region to generate data for Google Earth. I enjoyed this short peek behind the scenes:

Now Earth has added 3D imagery of Sydney, so I can fly the kids around where Margot & climbed the Harbour Bridge & ate kangaroo pizza (not simultaneously, I’m slightly sad to admit).

Coincidentally: The Daily Overview features a nice shot of Sydney.

Cue obligatory joke about these Google AI-driven bots chucking human skulls into a pile in the charred afterscape. 😌

If voice-driven interfaces are up your alley, you too might enjoy this discussion that Adobe hosted recently:

We first dug into some early examples of voice-enabled human-computer interaction, unearthing clips of some fascinating precursors to today’s voice assistants. That was followed by a live discussion with two guests who are working at the forefront of voice interaction design: Katie Briggs, product designer at NPR, and Will Hall, chief creative officer at RAIN, an agency focused on voice.

We teamed up with Google, to reimagine how imagery could be unified across their hardware. Creating core design principles based on simplicity and abstraction, we developed a visual language that allowed us to depict their many devices and states, explain app features, and guide users’ interactions.

I don’t get to spend nearly the time I’d like in creative tools anymore, so I enjoyed the chance to remix the Ahnuld classic Commando for my Cróga CrossFit teammates. Go Commando!

Heh—I found this illustration charming & am sharing the techniques described with our cerebral, 11yo insomniac son.

In this animation, sleep scientist Jared Minkel reveals a few of his favorite strategies for calming your mind at bedtime.

…or at least getting the grade, courtesy of Stewart Carroll of the oft-linked Drone Film Guide. A few weeks back he solicited viewer contributions of content we’d like to see expertly adjusted. And voila, check out the clip below! (My wife didn’t even complain that he’s using FCP. 😌)

Maybe this will finally, six+ months later, get my motivated to finally grade & post footage from that awesome beach in Cabo. ¯\_(ツ)_/¯ 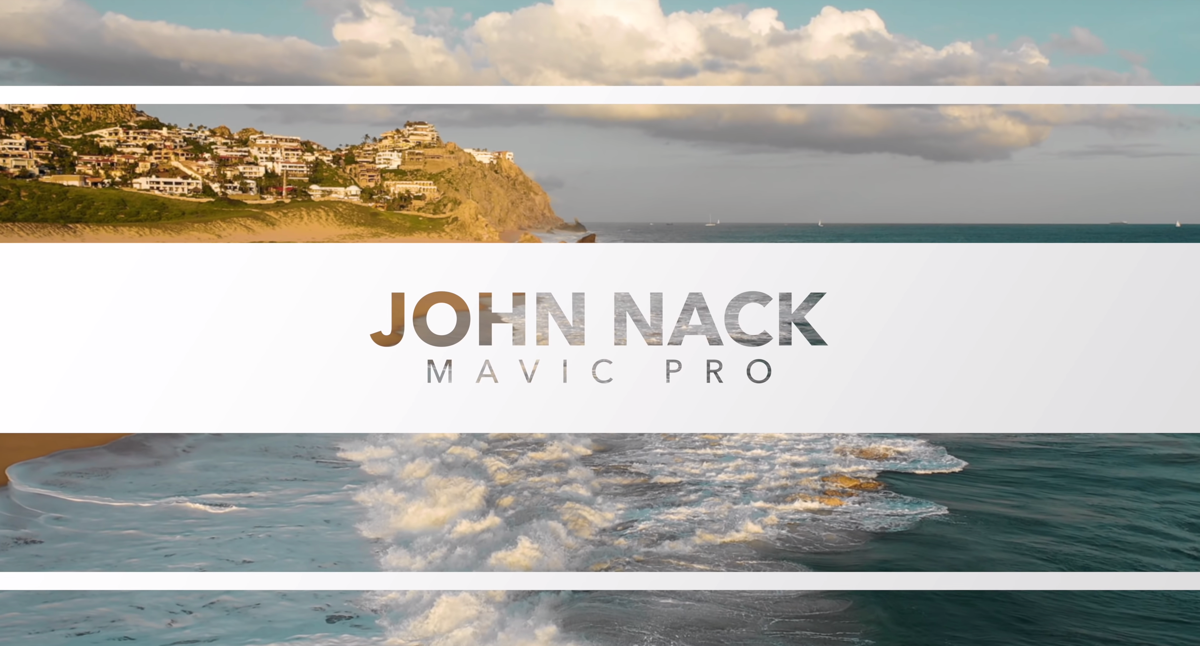 Check out this funky little donkus, “a small finger-worn controller that connects to your smartphone or headset” to help you point at & control items in the world. It’s more easily demoed than explained: 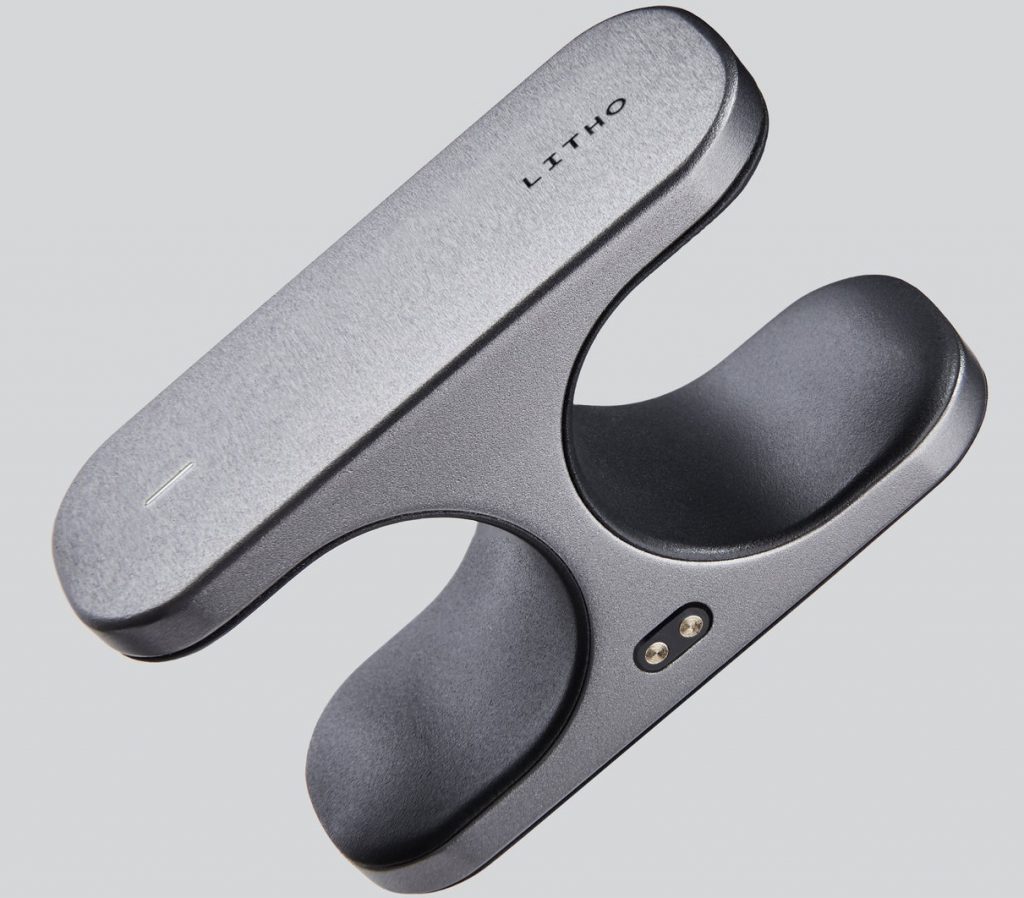 Oh man, we’ve all been there: You’re psyched up to bite into a delicious chocolate chip cookie, only to discover—raisins!! It’s not that they’re objectively bad, just that they’re not what was promised. Our expressive son Henry does not take such things lightly—to say the least. Behold, below… The Taste of BETRAYAL! 😝☘️ (Happily he recovered quickly. Happy St. Pat’s to you & yours!)

Living in often bone-dry California, I can’t say that I’d thought of trying to capture waterfalls from a drone, but it’s a neat idea that Stewart Carroll covers nicely in this short overview. Meanwhile I’d like to learn more about paring a slow shutter with device motion to freeze a subject (e.g. a moving train) while blurring the background.

So I’ve long joked about my career, saying that I’m kind of a very expensive router. But maybe, it seems, a somewhat jokey connector is rather vital in a team’s success:

Something researchers have already learned from these experiments is that certain personality characteristics are essential to helping groups work well together. A good group needs a leader, a social secretary, a storyteller and a mixture of introverts and extroverts. Intriguingly, by far the most important role seems to be that of the clown.

According to Jeffrey Johnson, an anthropologist at the University of Florida who has spent years examining relations between people in Antarctic crews overwintering at the South Pole, the clown is not only funny, he is also smart and knows each member of the group well enough to defuse most of the tensions that might arise during long periods of close contact. This sounds rather like the role of a jester in a royal court. The clown also acts as a bridge between different groups of people—in Antarctica the clowns linked scientists on the base with the tradesmen who also worked there. In groups that tended to fight most or to lose coherence, Dr Johnson found, there was usually no clown.

NatGeo’s Lost Treasures of the Maya Snake Kings makes some really cool use of augmented reality to visualize ruins revealed via LIDAR scans. Check it out: 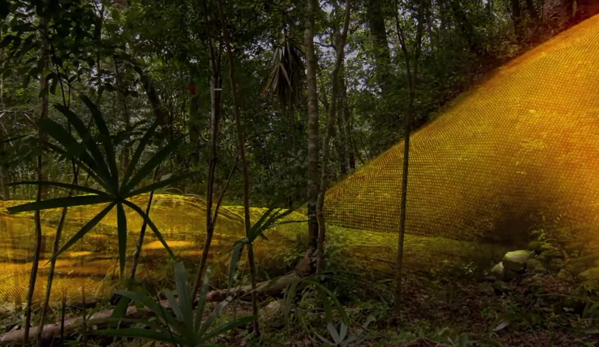 A Volvo carried me home from the hospital when I was born, and my hand-flamed Flavawagon carried me into this century. Now I wonder whether someday I might rock a Volvo Polestar electric vehicle, powered in part by machine learning tech my team contributes to Android Auto:

Okay, flying a chopper around the Dolomite mountains, then building a 3D point cloud, using that to 3D print models of said mountains, submerging them in fish tanks in order to blow them up, and then filming the results at 120,000 fps? All in a day’s work, apparently—one inspired by The Slow Mo Guys:

Wanna turn a nice sunny afternoon with your spouse into a “Nope!”-filled discussion of body horror? Well then bring this vid into your eXistenZ, my friend:

MobiLimb is a robotic finger attachment that plugs in through a smartphone’s Micro USB port, moves using five servo motors, and is powered by an Arduino microcontroller. It can tap the user’s hand in response to phone notifications, be used as a joystick controller, or, with the addition of a little fuzzy sheath accessory, it can turn into a cat tail. 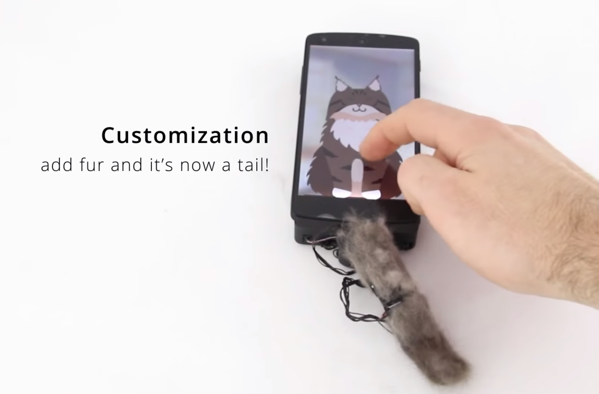 …I think you’ll like last night’s SNL sketch about some ladies learning PowerPoint. 😌 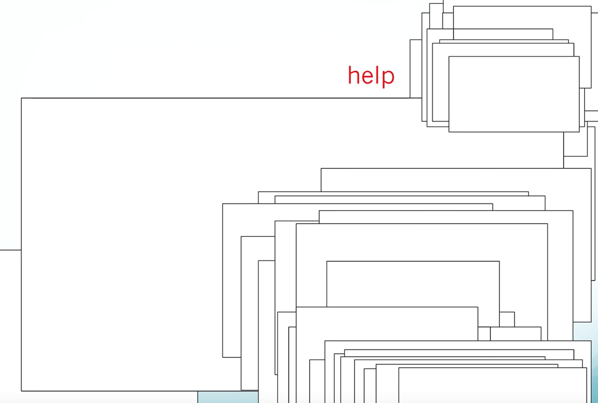 We employ machine learning (ML) to infer approximate 3D surface geometry to enable visual effects, requiring only a single camera input without the need for a dedicated depth sensor. This approach provides the use of AR effects at realtime speeds, using TensorFlow Lite for mobile CPU inference or its new mobile GPU functionality where available. This technology is the same as what powers YouTube Stories’ new creator effects, and is also available to the broader developer community via the latest ARCore SDK release and the ML Kit Face Contour Detection API.

We’ve been hard at work ensuring that the tech works well for really demanding applications like realistic makeup try-on: 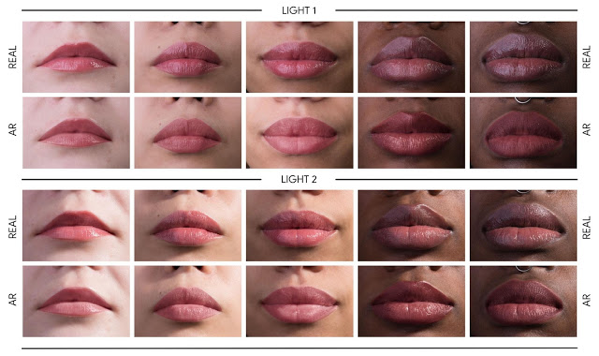 If you’re a developer, dig into the links above to see how you can use the tech—and everyone else, stay tuned for more fun, useful applications of it across Google products.

In yet more “The Strangest Life I’ve Ever Known” news, a dude I used to hang out with now voices Kermit the Frog & has, on The Tonight Show, sung a pitch for kids to share drawings with my employer:

Bonus: I swear to God some wiseass stuck a Trogdor easter egg in there. TROG-DORRRR!! 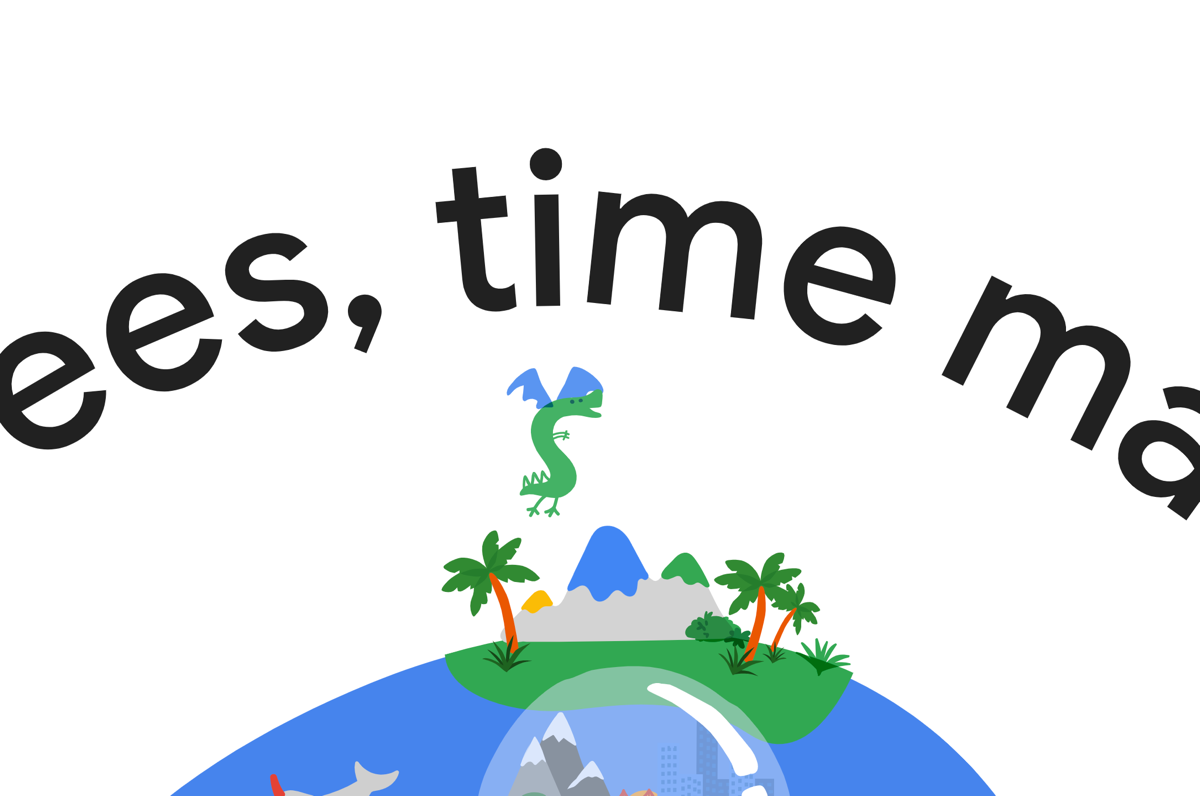 Each episode in the series is one minute long and appears to focus on a different subject, from an egg catching a carton bus, to a stick of dynamite visiting a psychologist who also happens to be a pair of scissors. The sound effects and voices add to the humor. Though you’d need to know Spanish to understand the exact words, Zaramella’s scenes are universally comprehensible: a toothpaste man protests a blushing toothbrush bride’s vows, while  a roll of toilet paper demands access to an occupied bathroom.

I’m intrigued by the Glambot:

The Glambot itself is well-known Bolt high-speed cinebot by Camera Control holding up a Phantom 4K Flex camera with a Leica Summilux lens mounted on it. […]

“The pressure is on because you only ever have ONE take, and this is a dangerous rig that can knock you out,” Walliser writes. “I get good at explaining things, but sometimes the environment is so frenetic you can’t really hear me or focus.”

Check it out in action:

My old friend Mike Essl curates a fantastic Instagram feed mashing up classic comics typography, and I dare you not to be charmed by his infectious love of the art form: 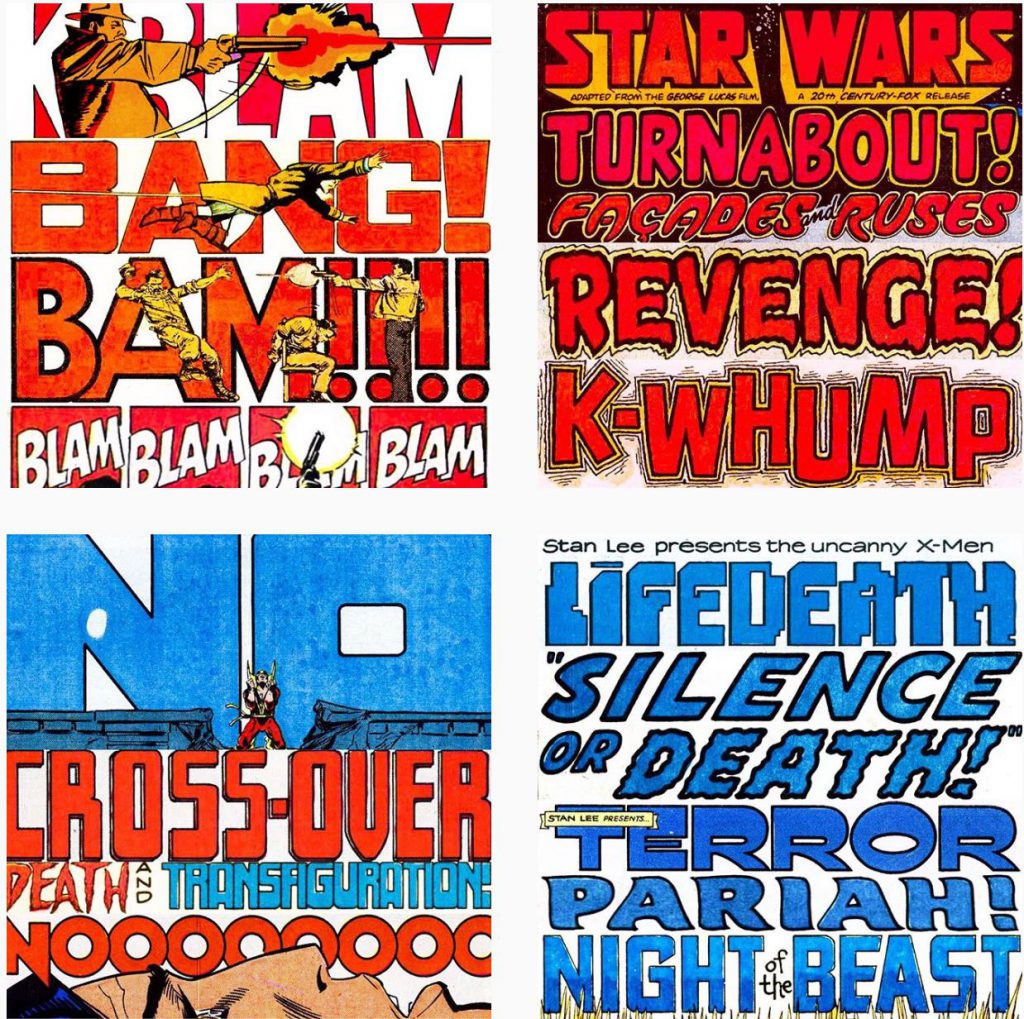 Can visual rhythm be manipulated to match audio rhythm? That’s the goal of Visual Beat:

By warping visual beats into alignment with musical beats, we can create or manipulate the appearance of dance in video

Check it out, then make dat turtle dance.