Color me (🙄) skeptical on this one:

Import images or photographs into your library. Illustrator will analyze the images in order to extract the color palettes. If there’s a specific palette that you want to try, simply select the image to easily apply the color—you’ll notice that all fill colors in your artwork updates simultaneously.

This all strikes me as eerily reminiscent of the Live Color demos from CS3 10+ years ago (or hey, if you wanna feel even older, remember Adobe Kuler? no, just me?). I don’t doubt that the color remapping work, I just doubt—with extreme prejudice—that any normal humans will know how to take the time to set up these themes in their artwork.

The crazy kids at Shutter Authority put the Pixel 3’s augmented reality stickers to great use, crafting this visually complex tale in a matter of hours. Days of miracles & wonder…

Check out Drawalong AR, an experiment done in partnership with YouTube creator AmandaRachLee, that shows developers how they can use AR to transform educational YouTube art tutorials into virtual tracing paper:

A “cheeky wee effect”? Sign me up. I can’t say I’d expect to use this technique frequently, but I like the looks of it: 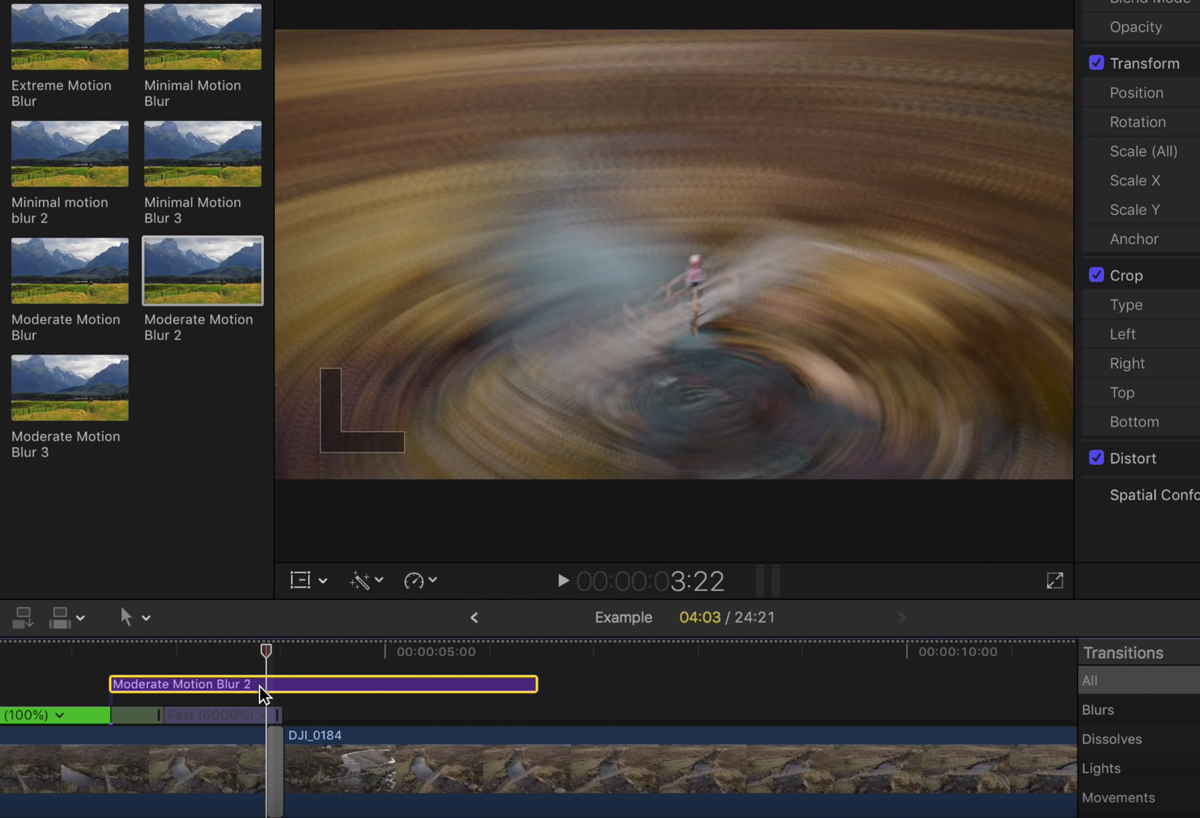 I’ll be darned: I never tried the Show Edge option. Thanks, Meredith!

Chinese 360°/VR camera company Kandao is promising 10x interpolation to create super slow-mo effects. I find the results impressive, although there are some (probably unintentionally) charming artifacts visible on the squirrel close-up below. It’d be fun to compare it to work from my teammate Aseem as well as more recent efforts from NVIDIA.

AI Slow-Motion will first appear in Kandao’s Obsidian and QooCam 360/VR cameras, but Kandao is planning to open up the tech to other cameras down the road. For now, if you own a Kandao camera, you can find the new feature in the latest Qoocam Studio and in the upcoming Kandao Studio v3.0 (coming April 23rd).

Researchers at Facebook have devised a way to extract playable characters from regular videos, creating animated sprites you can control with a joystick or keyboard. Check it out in action: 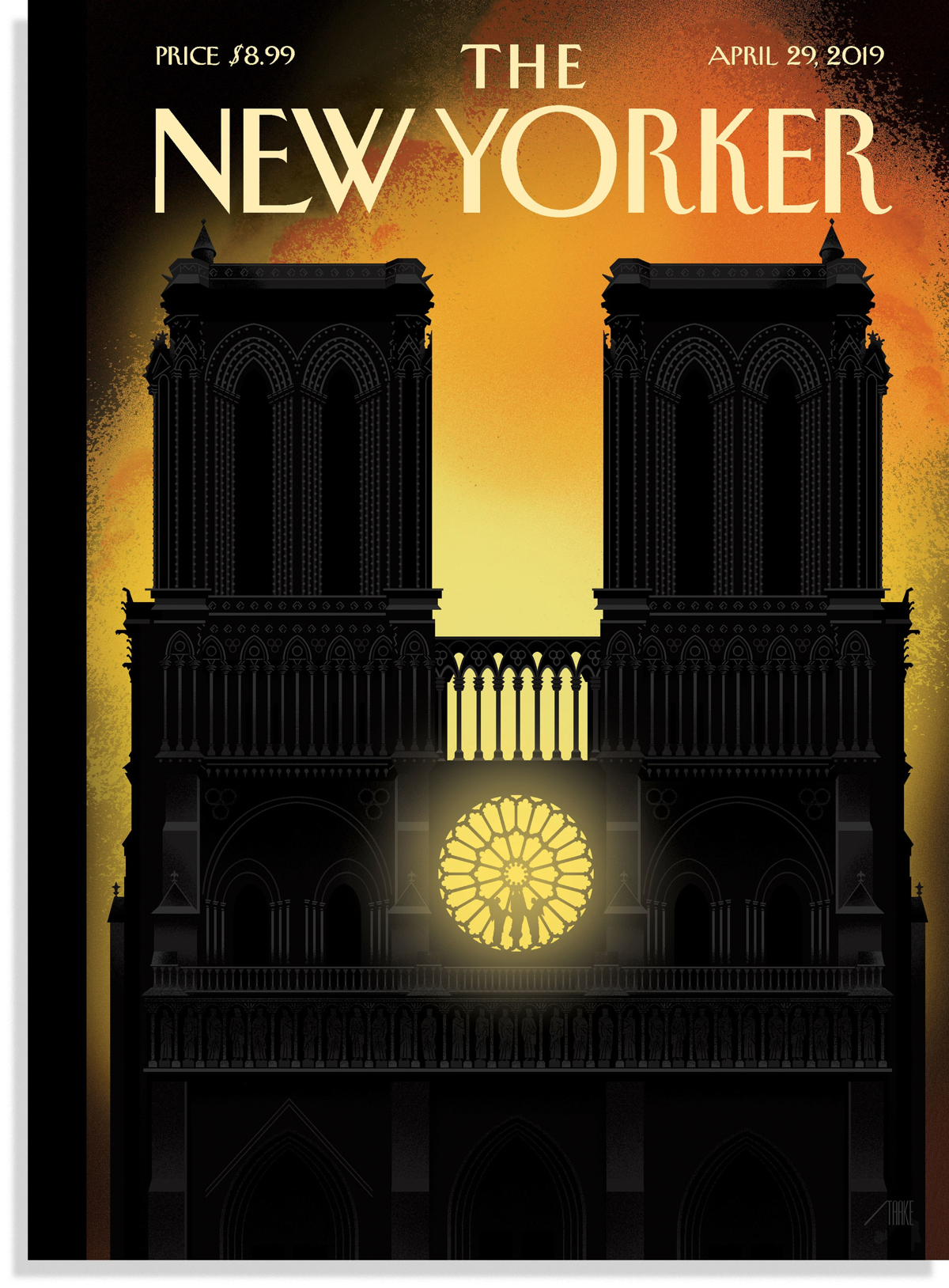 The Lego company got their start making wooden toys, so it’s kinda fitting that someone would recreate their tiny plastic bricks via lumber. “Brix System is a collection of scaled-up Lego versions of computers, phones, and music machines made out of wood,” Kottke writes. These classic pieces (especially the skinny phone, from my early-80’s police station!) really take me back.

The Times staff put together this impressive piece in less than a day, using scrolling to control a glTF file rendered via Three.js (see 10s recording below). Creator Graham Roberts tweets, “This approach/style stems from our AR efforts over the past 18 months. Originally built as a fallback to camera mode, but now also a great way to make the web more dimensional towards a spatial future.”

Man, at $199 & sporting this creation tool, the forthcoming standalone device is starting to seriously tempt me. As for Tilt Brush specifically, the Verge writes,

After its original release on the HTC Vive back in 2016, Tilt Brush quickly became a mainstay of headset demos. It’s easy enough to start painting basic 3D structures, but in the years since, artists have painted some pretty stunning pieces in the app. The Quest version of Tilt Brush will continue to support uploads to Poly, Google’s online 3D object library, if you want to share your work, or just gawk at what others have made.

Check out lots more details on the Oculus site.

I love the execution here. I’ve long wanted to automatically put people into LovePop-style 3D cards, but no one listens & I can just say these things here because lol nothing matters. 😌

The first augmented scene converts the bottle into a model of the actual Jack Daniels distillery located in Lynchburg, Tennessee. The second experience takes you step-by-step through their whiskey distillation process, while the third tells the story of Jack Daniels himself. 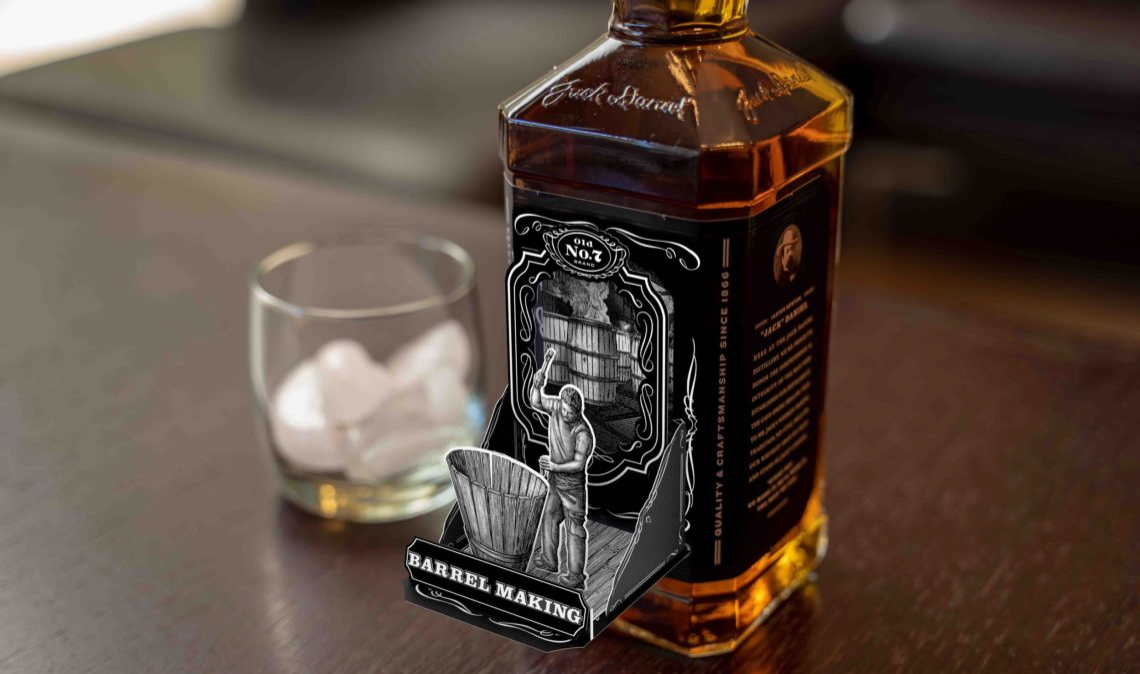 Even without purpose-made mods like available thermal cameras, DJI drones helped minimize damage to Notre Dame. According to The Verge,

Fire brigade spokesman Gabriel Plus told local media that the drones were instrumental in saving the cathedral’s structure. “The drones allowed us to correctly use what we had at our disposal,” Plus said in comments translated from French. Firefighters also relied on the Mavic Pro’s visible light camera and optical and electronic zoom…

“The mission was delicate and they intelligently called for the Parisian Police Drone Unit cell, which is a dedicated team of professional drone pilots ready to intervene in critical missions,” the spokesperson added. The drones were borrowed from France’s culture and interior ministries, as firefighters still don’t have their own drones.

The camera is powered by Raspberry Pi Zero. After a digital photo is captured, they’re processed down to a 240×144 pixel 1-bit black-and-white line drawing using Pillow and OpenCV. The drawing is then translated into plotter commands by creating a network graph representation with NetworkX. Those plotter commands are carried out by physically moving the Etch A Sketch wheels using two 5V stepper motors built into a custom 3D-printed frame Fitzpatrick created. 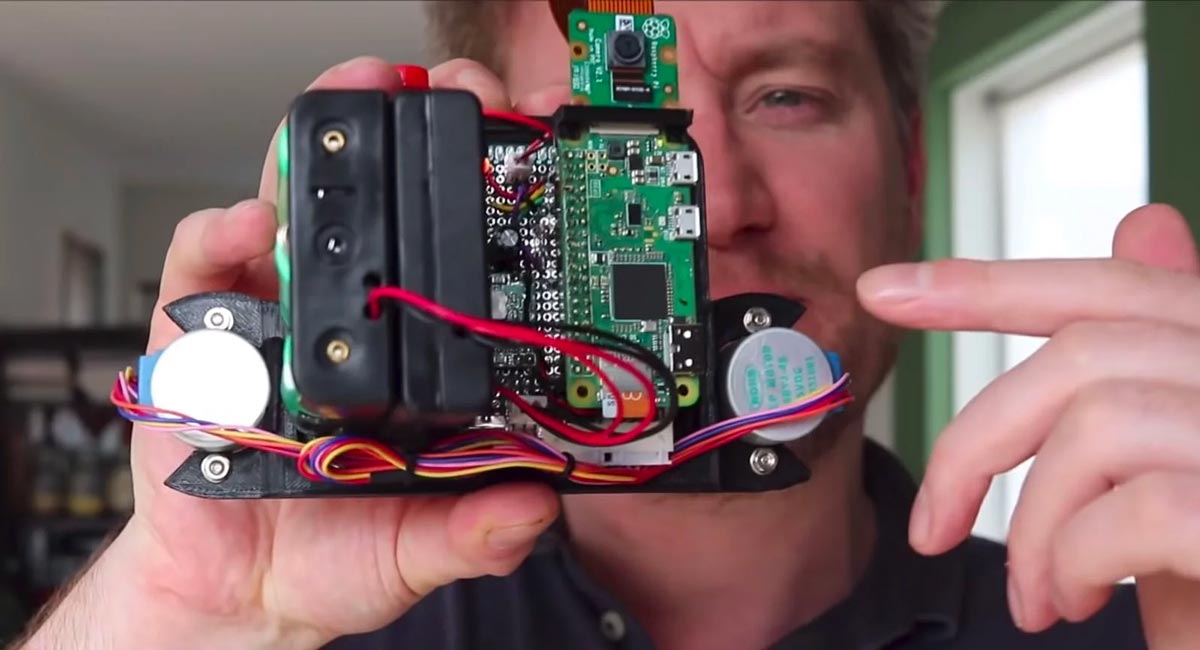 In partnership with Scaled Composites, Stratolaunch successfully completed the first flight of the Stratolaunch aircraft. As part of this initial flight of the world’s largest aircraft, the pilots evaluated aircraft performance and handling qualities of the all-composite, duel-fuselage design. The airplane took off at 0658 PDT on April 13, 2019, from the Mojave Air & Space Port, and flew for 2.5 hours, achieving a maximum speed of 189 miles per hour and reaching altitudes of up to 17,000 feet. The plane landed safely amid cheers from the team that designed and built the plane.

Snapchat users in NYC will be able to experience the Landmarker lens starting Sunday, April 14 — the premiere date for “Game of Thrones” Season 8 — and the week thereafter, to see the fantasy creature encase the Flatiron in ice… To access the “GOT” Landmaker Lens, users in the vicinity of the Flatiron Building must tap the Snapchat camera and select the “Game of Thrones” Lens.

Check out the clever Drifter accessory for the highly regarded Insta360: 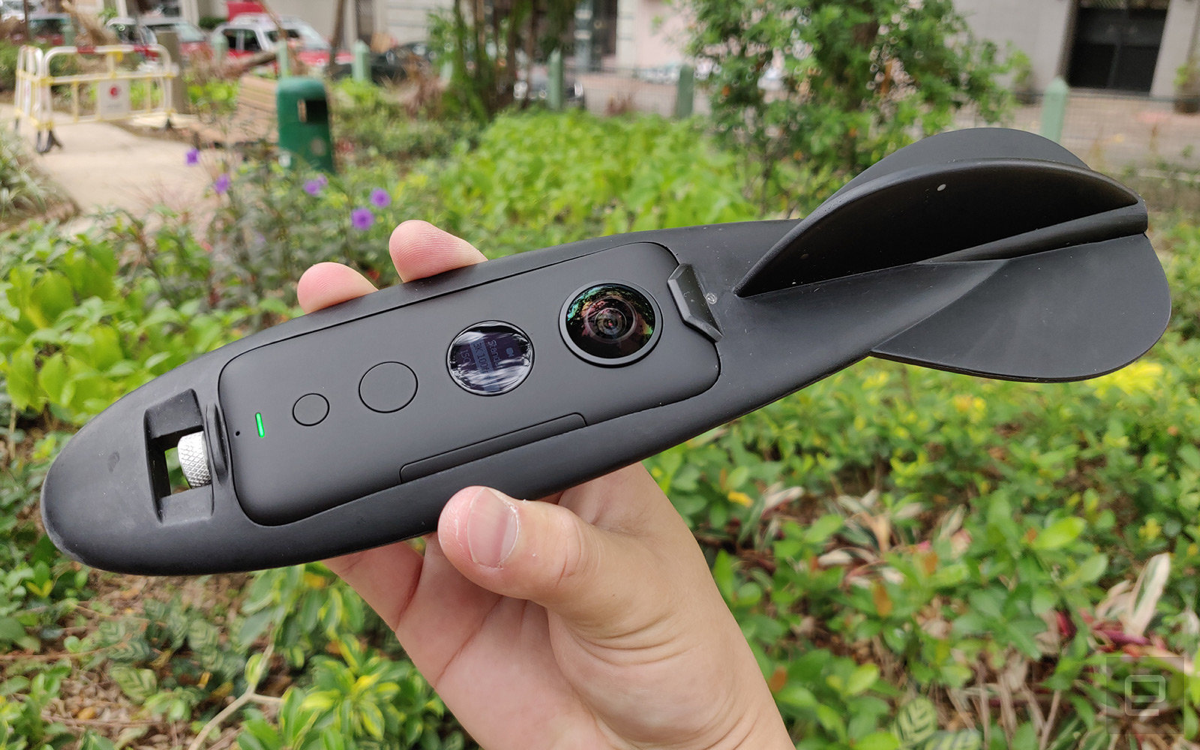 Artist Nate Swinehart was so excited about Wednesday’s announcement that he drafted the concept for the Doodle in his car en route to work that morning. By 2 p.m. PT, his creation was already gracing Google’s home page. 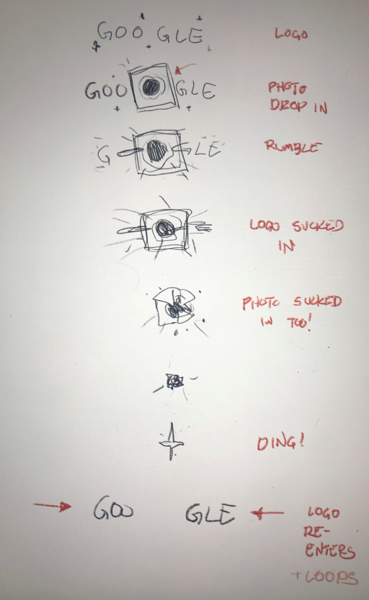 Check out the super cool creative journey of Jonathan Yeo, an accomplished painter who took the leap into 3D via Google’s Tilt Brush VR painting app: 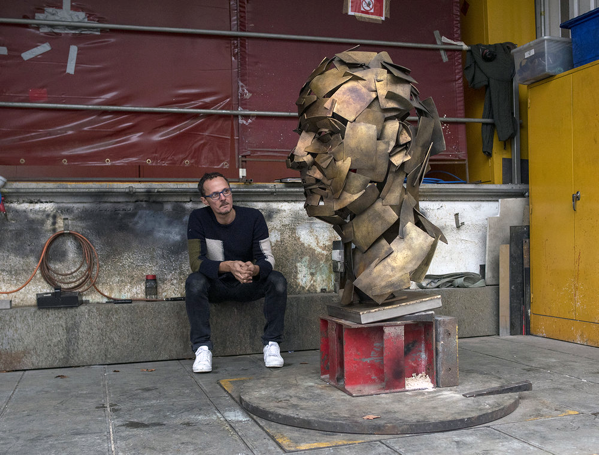 How might our virtual assistants notice hidden connections, then bring us together with people together around our needs & abilities? This charming & touching vid from Denmark’s TV2 gives a glimpse of how that might feel.

So, do falling burritos corkscrew to earth counterclockwise down there…? (Either way, I’m in.)

Today, we are excited to be launching our first air delivery service in North Canberra. Our service allows customers to order a range of items such as fresh food, hot coffee or over-the-counter chemist items on our mobile app, and have them delivered directly to their homes by drone in minutes.

The delivery service will initially be available to a limited set of eligible homes in the suburbs of Crace, Palmerston and Franklin. We expect to gradually expand to more customers in Harrison and Gungahlin in the coming weeks and months. 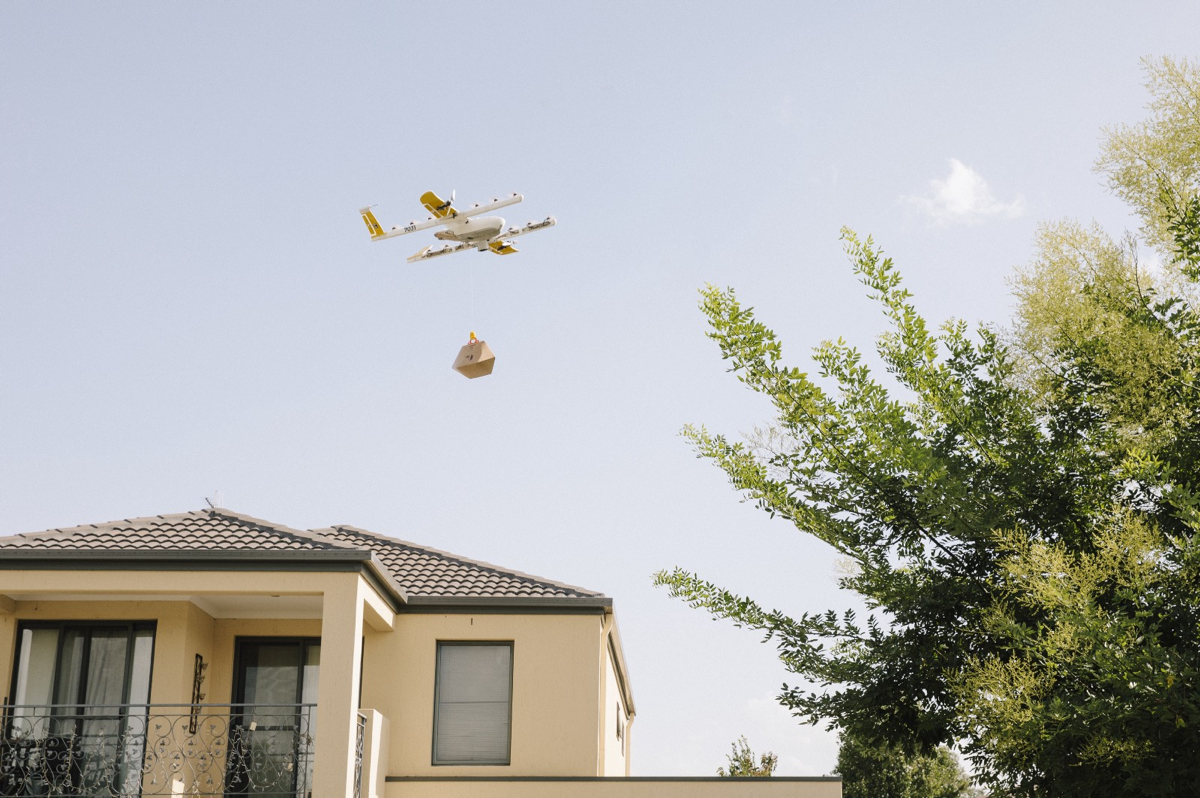 This thing looks quite impressive:

Mill Mascot combines real-time game engine technology with motion sensors, so characters can be puppeteered through hand and facial gestures. This gives directors, creatives and artists the ability to ‘direct’ or ‘perform’ CG character animation live and make creative decisions on the fly.

The system by-passes the lengthy timelines involved with traditional animation and pre-rendered content, reducing animation and rendering time down to 42 milliseconds per frame.

Amazing flying, shooting, and drifting on what appear to be the roads above Silicon Valley:

See also this short racetrack clip. Seems that the footage comes courtesy of one of these little goblins: 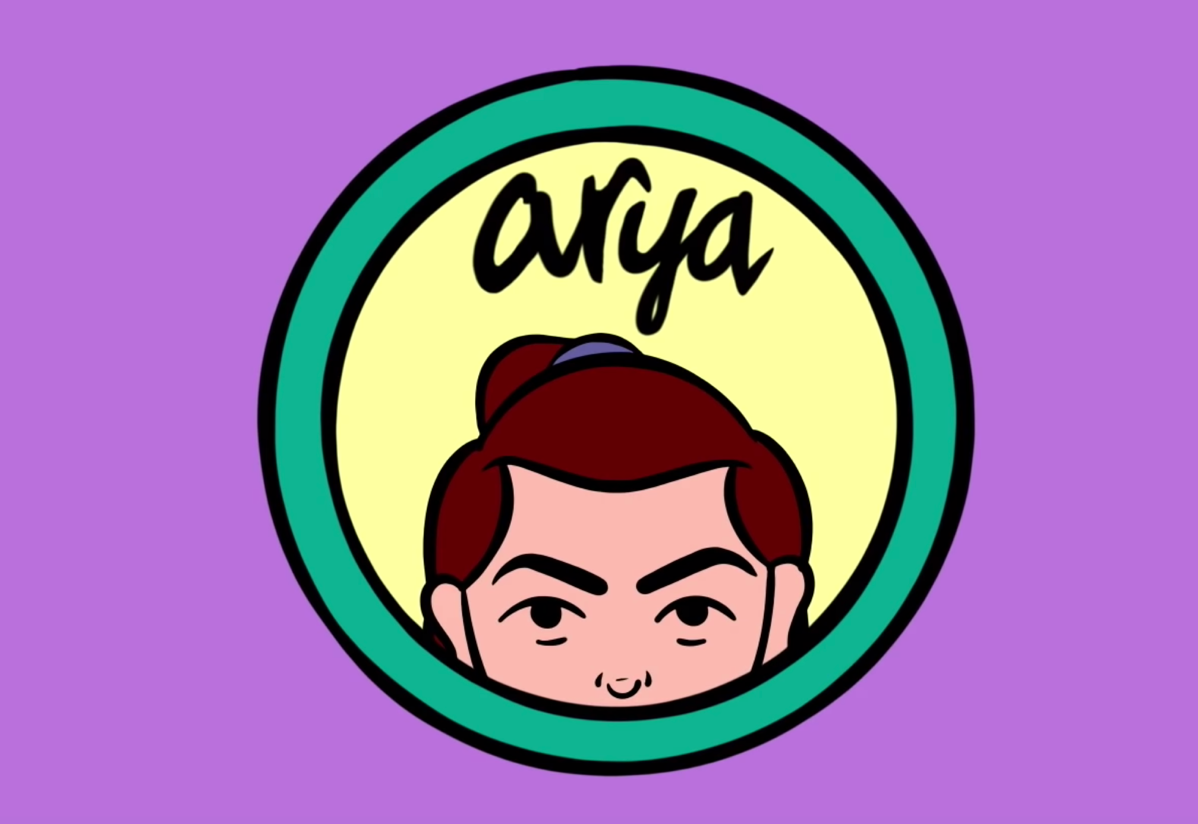 For nearly 10 years now, the world’s been asking for Content-Aware Fill to work on video, but it’s been tough making it temporally coherent, to avoid wacky results like these:

Now, though, it’s landed in After Effects! 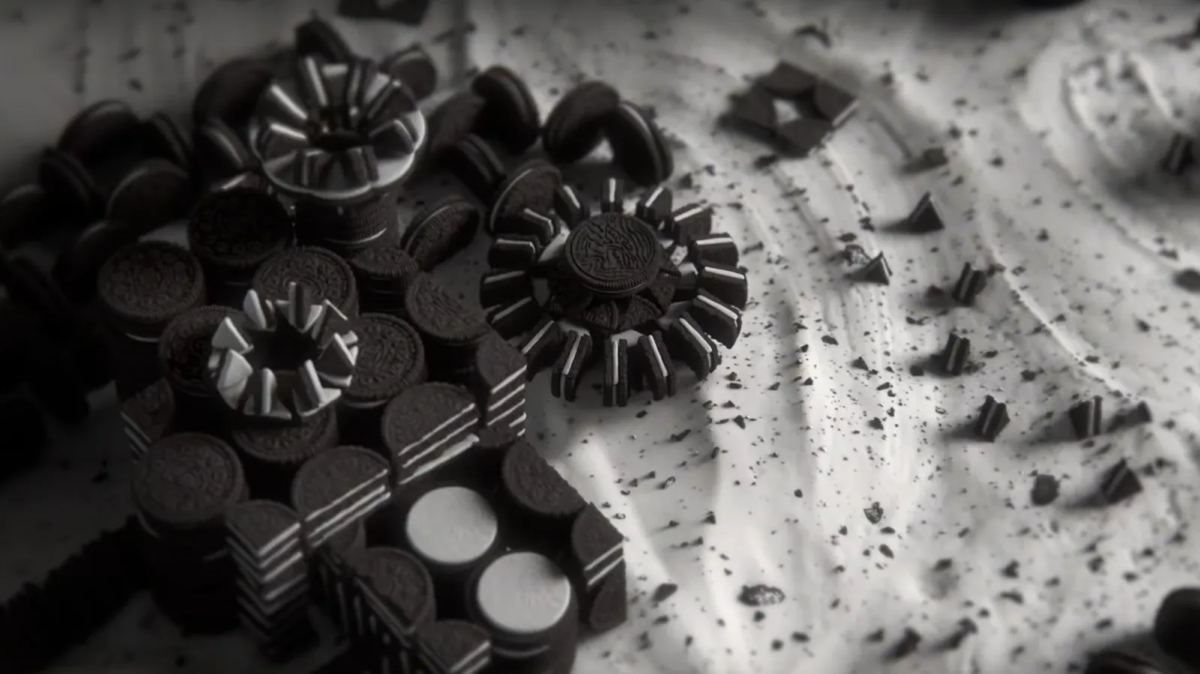 Wow—check out what comes from Ben Ouaniche’s camera shooting at 950fps while spinning around a table at 150rpm:

Here’s the custom beast in action:

The impact on the camera reminds me of how my DSLR looked on Holi in Nepal! 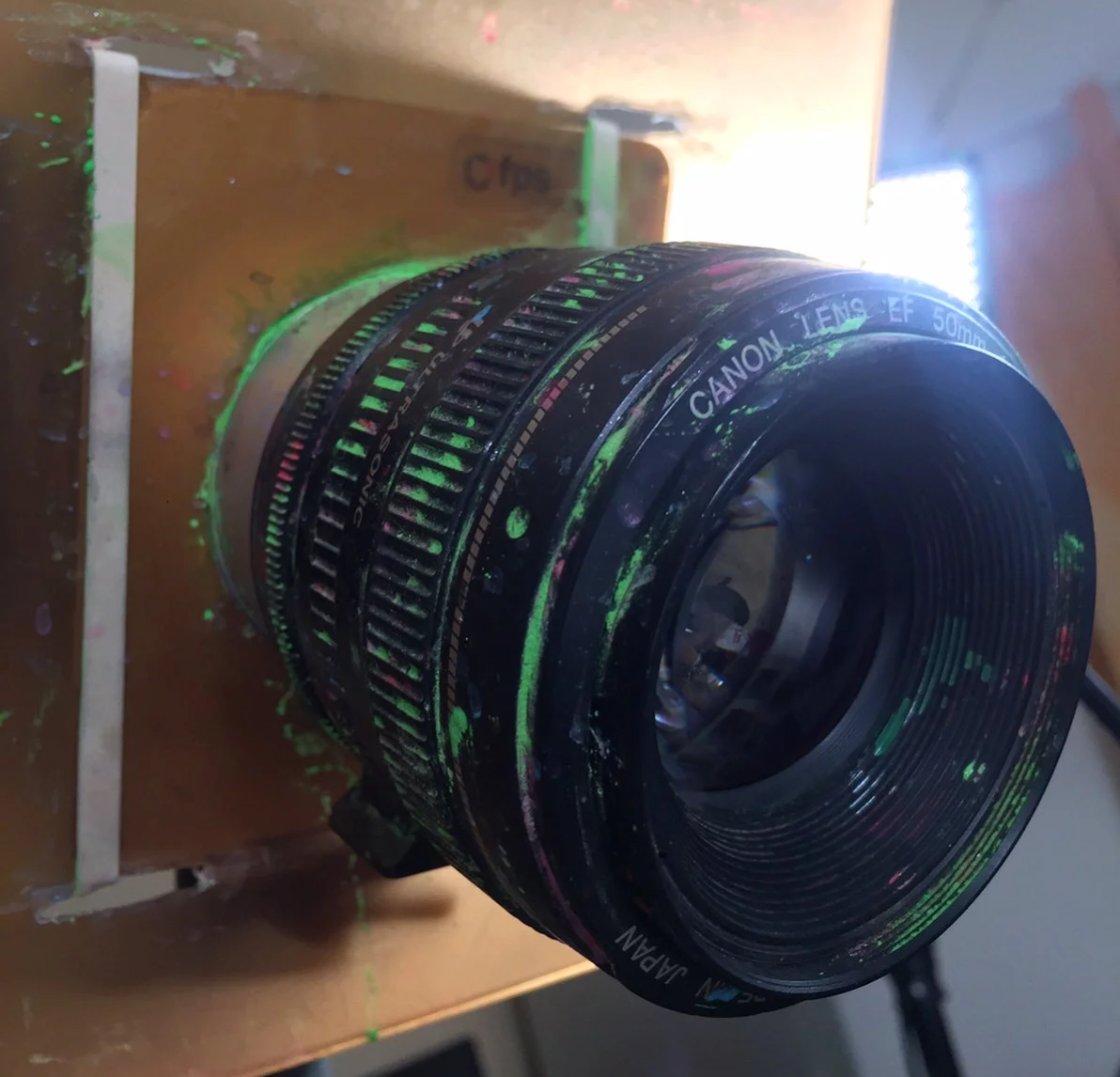 …and feeding it into Cinema 4D.

I created dynamic visuals based on the movements of the conductor and music, and extracted high resolution stills for the visual identity of the orchestra.

It starts with the arms of the conductor forming a hexagonal shape that propagates like sonic waves in linear space. When the music becomes louder, the linearity gets bended by the motion of the baton, which results more complex visual arrangements. Textures, colors, materials and lights are inspired by classical instruments (wood, brass, wind, strings) and the atmosphere and architecture of classic concert halls. In the last sequence, the conductors motion turns into strings. The waveform of the sound adds to the form of motion, like mixing audio waves.