The team esta en fuego!. On the heels of recent releases that added sharable looks, curves, and more, comes some new hotness:

Snapseed 2.17 starts rolling out today and it brings you three new awesome tools:

Enjoy, and as always, please let us know what you think. 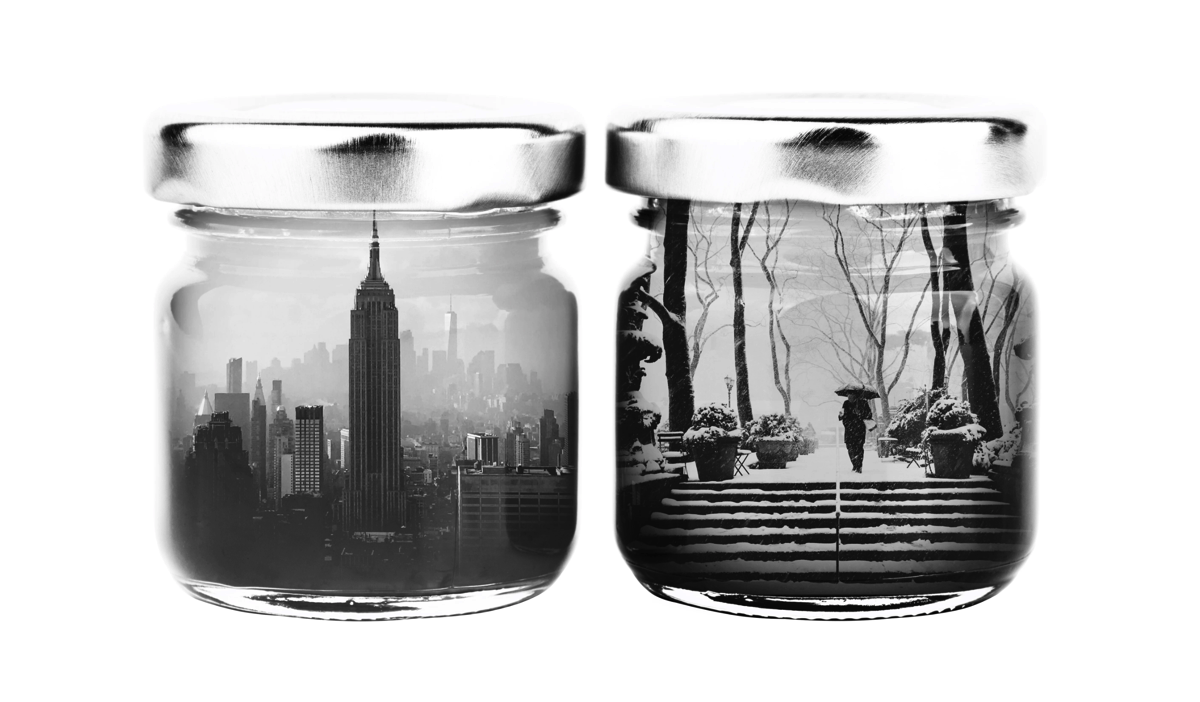 And on Android you can:

The QR-based sharing is a fun twist. The team writes,

You now can easily share these looks with your friends and followers. Snapseed will generate a QR code that embeds your look. Scan this QR code [below] in Snapseed to apply the look to the current photo. You can easily share it through social media, on your web site, or by email and instant messaging! 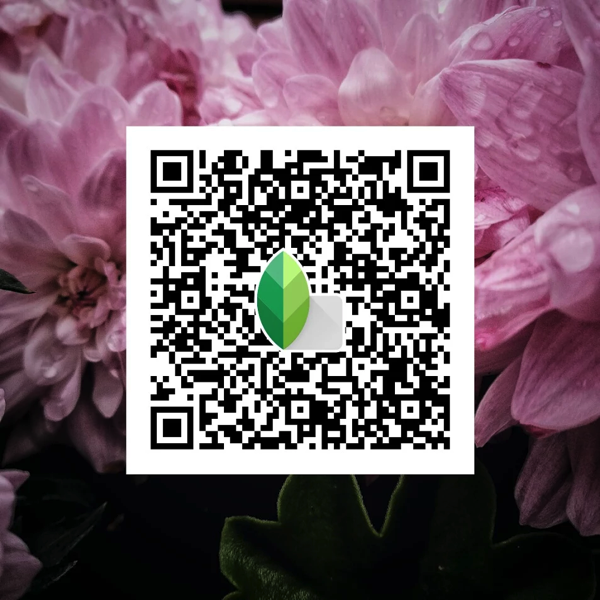 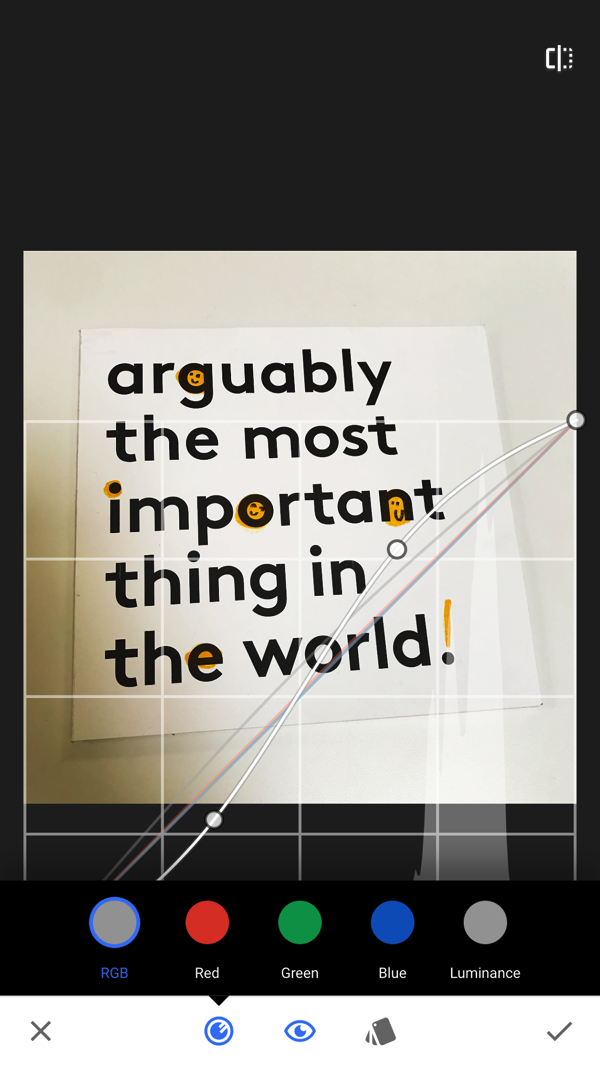 Just a little sprucing up for the holidays:

Both on iOS and Android, text in the Text tool can now be easily centered vertically and horizontally. Also, we’ve refreshed the presets of the Face filter, giving more options for fast and easy enhancements.

On Android, the Perspective tool brings back the old horizontal and vertical adjustment modes that many users asked for. With this addition, Perspective lets you apply any kind of transformation and perspective adjustment you can think of.

Also on Android, you can now choose the target folder for exporting a photo, allowing you to store it on an SD card or elsewhere. To enable it, just go to the settings menu for exports. 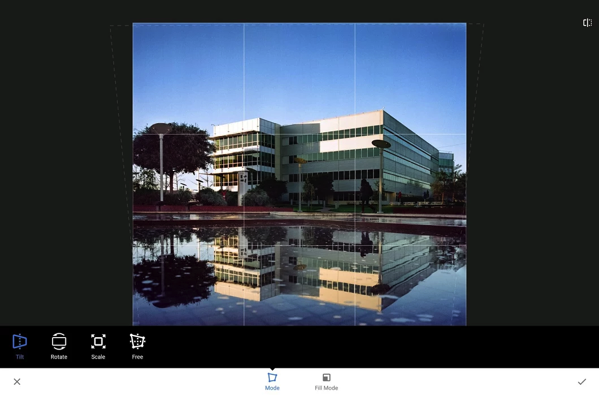 More powerful & easier to use; I’ll let the team explain:

Snapseed 2.13 started rolling out today. This version includes an improved UI for selecting and changing parameters. In addition to swiping up and down to choose parameters, you can now also tap the adjust icon on the bottom bar to bring up a tap-enabled parameter selector. The selected parameter will always be shown as a slider at the top of the screen. To adjust the parameter you can still swipe left and right anywhere on the screen as before.

On iOS, this release now also includes the dedicated White Balance tool that got launched on Android a while ago. This tool allows you to adjust the colors in your photo to look more natural. Just choose the auto correct option, or use the included color picker for fine control.

Finally, when opening raw images that have been captured with a creative setting on your camera Snapseed will now show the default raw colors. Previously the embedded color profiles sometimes limited the creative choices in editing your raw files.

Your feedback is, as always, most welcome! 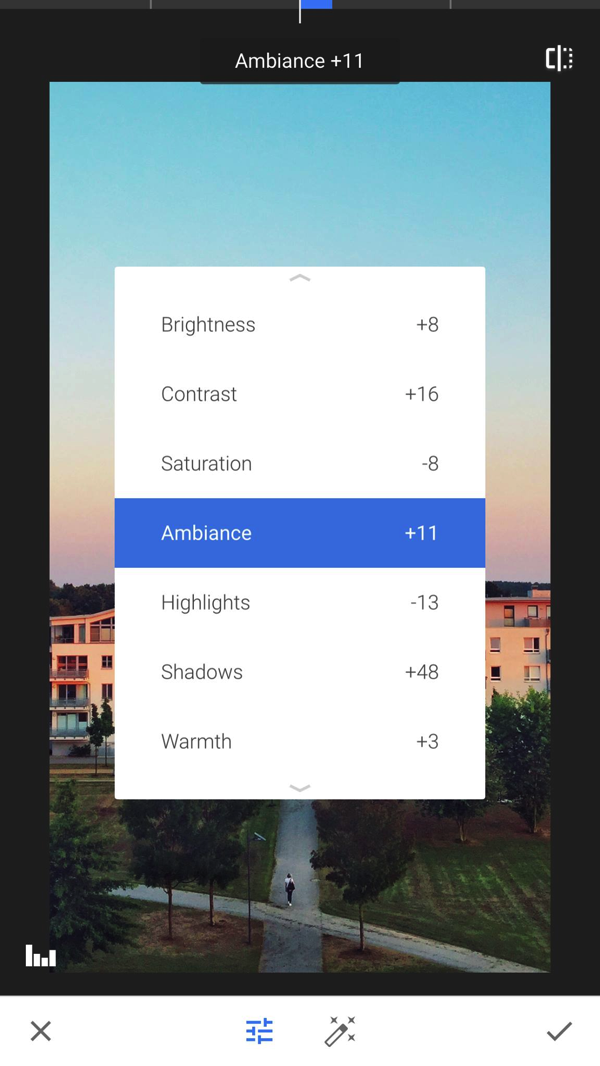 I was really annoyed & frankly embarrassed to find not long ago that when I used Snapseed to edit a panorama (captured via either my iPhone’s built-in pano mode or via Google Street View’s 360º capture), then tried to post it to Facebook, its magical pano-ness would be lost & the image would be rendered as a flat JPEG instead of as an interactive pano.

Happily this has been fixed, and if you install the latest update to Snapseed, you should be able to edit panos, then upload them in interactive form. (This works for spheres shown via photos.google.com, too.) Take it for a oh God don’t let me say spin and let me know if you hit any snags.

If you don’t want your camera app “f***king stupid,” check out Manual, which—provided you’re running iOS 10 on an iPhone 6s or above—can capture raw images in DNG format that you can edit immediately in the new Snapseed. As you’d expect, the combo gives you greater control over exposure & white balance than if you’d simply shot & edited a JPEG. 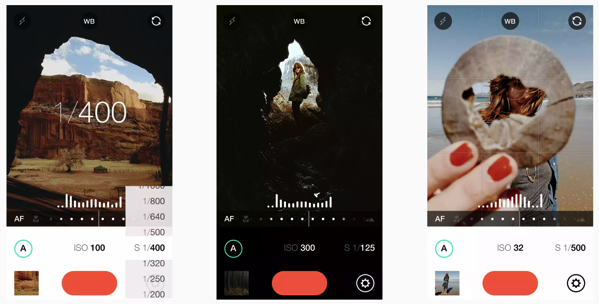 Now that 144 camera models (see list) are supported in Snapseed on iOS, how can you get images from them into the app? Ah, glad you asked. Here’s some info from Snapseed Help: