The last time I recall charting features in Adobe Illustrator getting an update, Bob was running for president—in 1996. Later (c. 2000), Illustrator & ImageReady (later Photoshop) added the ability to bind text objects & shapes to variables. That would have been a godsend in my old graphics production life, but the world didn’t seem to take much notice.

Figuring that we were never going to get around to doing something natively in the apps, I proposed enabling HTML or Flash layers right on the canvas of Adobe design apps. That way a single HTML or SWF GUI could run right in Illustrator, Photoshop, InDesign, etc.—and remain alive & dynamic when exported. You could argue that I was on crack, or you could argue that had we gone that way, we’d have had great charting a decade ago—or both.

But may the future bury the past: it looks like Adobe is at last getting serious about delivering great infographic-making tools. Check out this sneak of “Project Lincoln”: 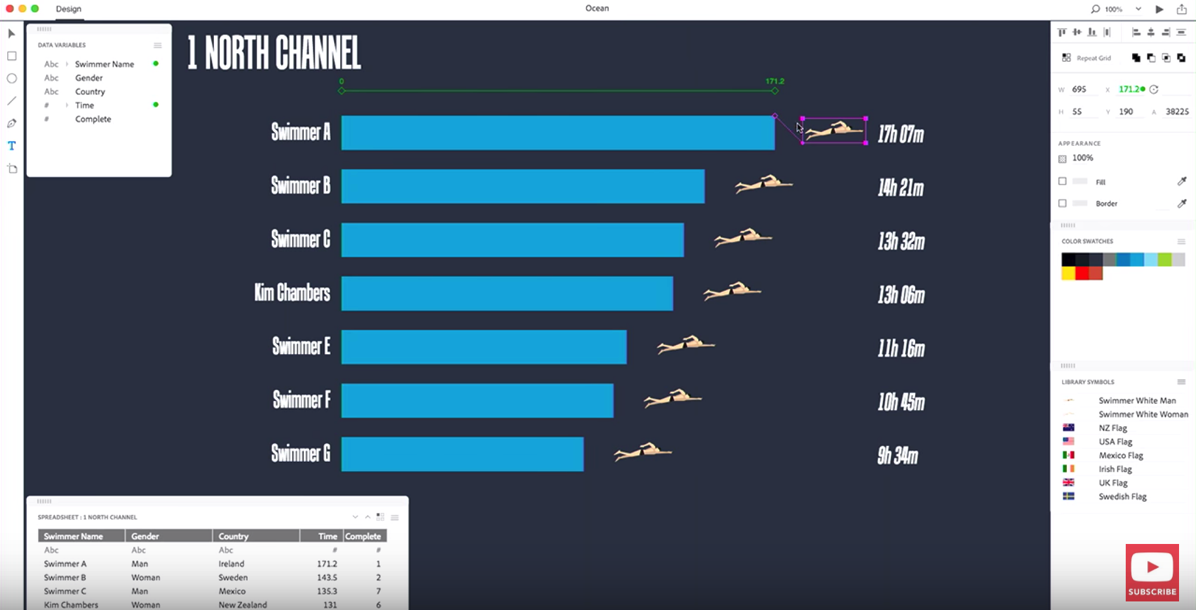