What happens when you use machine learning & the capacitive-sensing properties of fruit to make music? The Flaming Lips teamed up with Google to find out:

During their performance that night, Steven Drozd from The Flaming Lips, who usually plays a variety of instruments, played a “magical bowl of fruit” for the first time. He tapped each fruit in the bowl, which then played different musical tones, “singing” the fruit’s own name. With help from Magenta, the band broke into a brand-new song, “Strawberry Orange.”

The Flaming Lips also got help from the audience: At one point, they tossed giant, blow-up “fruits” into the crowd, and each fruit was also set up as a sensor, so any audience member who got their hands on one played music, too. The end result was a cacophonous, joyous moment when a crowd truly contributed to the band’s sound. 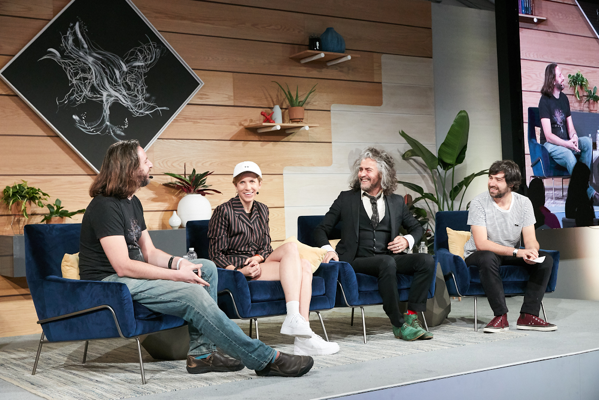