Yeesh—talk about bittersweet at best:

He first appears as a crude collection of 3-D pixels—or voxels. Soon, he looks like a conglomeration of blocks morphing into the shape of an animal. Gradually, his image evolves until he becomes a sharp representation of a northern white rhino, grunting and squealing as he might in a grassy African or Asian field. There comes a moment—just a moment—when the viewer’s eyes meet his. Then, the 3-D creature vanishes, just like his sub-species, which due to human poaching is disappearing into extinction.

The Mill, which has studios in London, New York, Los Angeles, Chicago, Bangalore and Berlin, provided animation for this project, and Dr. Andrea Banino at DeepMind, an international company that develops useful forms of artificial intelligence, provided the experimental data to set the rhino’s paths. After each two-minute episode, the rhino reappears and follows another of the three programmed paths. 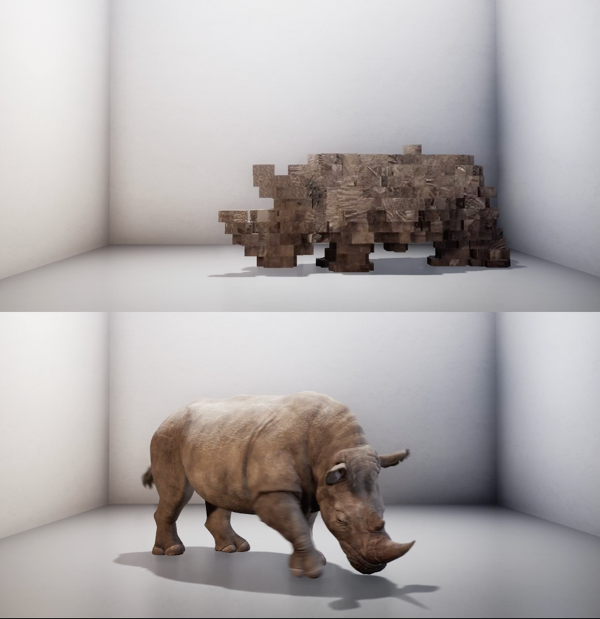